Fear The Walking Dead: Cliff Curtis Chats About The Premiere 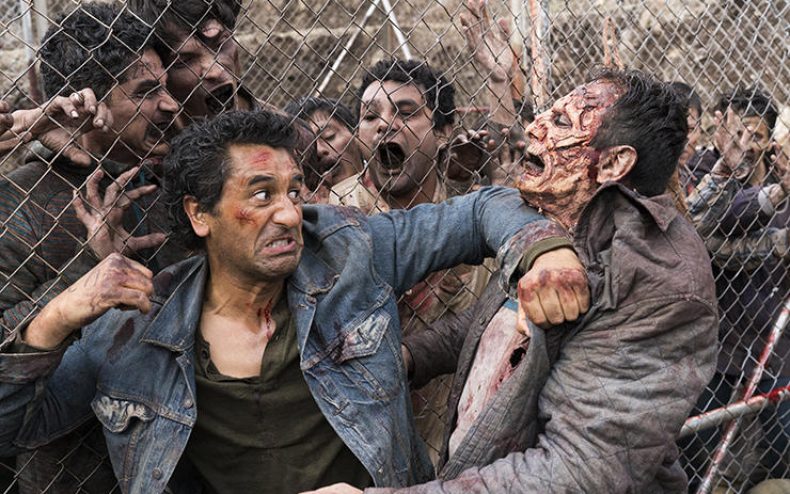 Cliff Curtis, who plays Travis Manawa on Fear The Walking Dead, revealed a bit about the state of his character when he spoke with TV Guide this week. Though he was at last reunited with his wife, he’s still dealing with the death of his son and the thought that he’s partially responsible. This, compounded with living in a zombie apocalypse, does things to a previously nonviolent man. “It’s been a long and very restrained journey for Travis to finally come to terms with his own morality and to put that aside and get on with the killing.”

Cliff doesn’t give everything away about the new season, but promises it is not boring. “The pace of the show very much feels to me like it’s up a notch. We’re much more attuned to the apocalypse and so we’re ready to take action.”

In other FTWD news, there’s a new teaser out featuring scenes we haven’t seen yet. Comicbook.com has the exclusive…..

Fear The Walking Dead comes back with new episodes on Sunday, June 4.