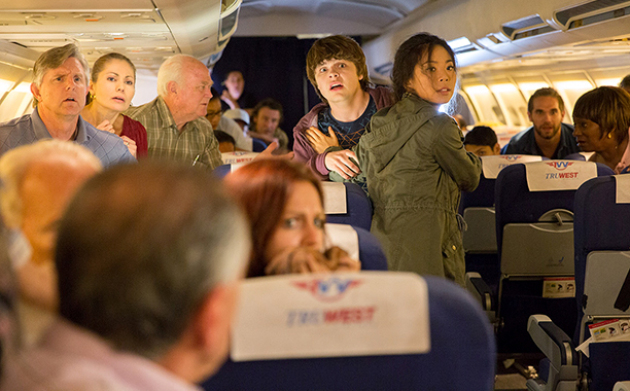 And you thought it was over (at least temporarily). Fear The Walking Dead may have wrapped up its inaugural season, but there’s additional web content that just went live. Specifically, it’s that plane spinoff we were talking about earlier.

Fear the Walking Dead Flight 462 involves passengers on an airplane headed for Los Angeles on the very day the zombie affliction starts affecting mankind. We’ll be updated on their progress one minute at a time. There’s a prize for those who make it: one of the survivors will be joining the cast of Fear The Walking Dead next season. Try to guess who it could be, and try not to feel disappointed when it’s not the one you were rooting for.

These shorts were originally supposed to make their world premiere during the first broadcasts of The Walking Dead’s sixth season, but AMC decided to jump the gun a little bit. The chapter embedded below will still make its TV debut next Sunday. There will be 16 chapters in all, one for each upcoming TWD episode.