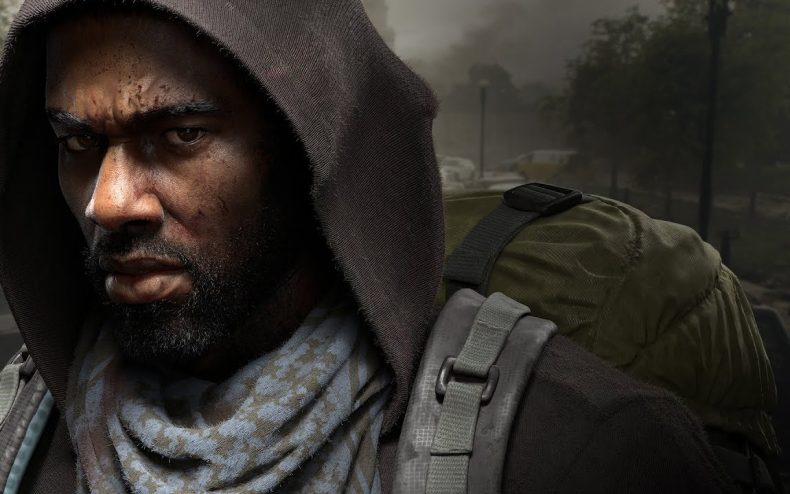 Who is Aidan, the first character revealed from Overkill’s The Walking Dead? Where does he come from and why does he wield a nailed bat?

It’s been quite a while since Overkill Software revealed they were working on a AAA Walking Dead console game, but today we got our first big look at what they’ve been planning. It’s cinematic footage, not gameplay, but it’s the first tidbit of information we’ve ever gotten.

As the trailer suggests, Aidan was once a very busy businessman, constantly being pulled in multiple directions. We get the hint that he seems to prefer the simple zombie-bashin’ life to his harried schedule back when civilization was running. He’s one of four characters Overkill’s take on TWD will revolve around. You can see portions of the other three’s faces in the splash image above.

No doubt we’ll get trailers for the other three in the weeks and months ahead, as Overkill’s The Walking Dead creeps closer to its Fall 2018 release date. It’ll be out for Playstation 4, XBox One and PC.

Inspired by the rich story universe of Robert Kirkman’s original graphic novels, OVERKILL’s The Walking Dead is a four-player co-op multiplayer FPS action game set in Washington, D.C., as an outbreak brings the dead back to life. In this test of strategy and endurance, players will band together with up to three friends on a variety of missions and raids, securing supplies and survivors to strengthen their base camp against the threat of both the dead and the living – by any means necessary.

Each playable character has their own special abilities, skill trees, squad roles, play styles and background stories. Now they all share a common objective where survival and teamwork is paramount. The action is close-up and intense: take out enemies carefully with silent melee attacks or go in guns blazing. You need to be able to improvise, as nothing is certain, and a horde of walkers is always around the corner.

The Walking Dead Co-op Game ‘Fans Have Been Waiting For’ Coming 2016
Be the first to comment!
Leave a reply »