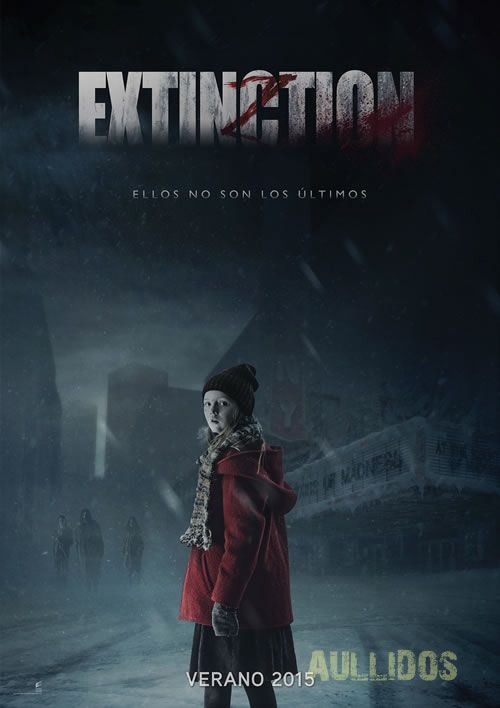 “The guy from Lost is going extinct?” You read that headline wrong. Extinction is an upcoming zombie movie starring Matthew Fox, as well as the guy from Burn Notice, Jeffrey Donovan. Check out the trailer below.

Extinction was previously titled Welcome to Harmony (like Regular Show, it’s anything but). Fox and Donovan play Patrick and Jack residents of the formerly-titular town along with a nine-year-old girl named Lu. The setting is post-apocalyptic, but they think they’ve found a safe and secluded location…..until the zombies show up. The movie has Spanish origins, being based on a book titled Y pese a todo by Juan de Dios Garduno. Miguel Ángel Vivas will direct and this will be his first English film.

Nine years after an infection turns most of humanity into rabid creatures, Patrick, Jack, and Lu, a nine-year-old girl, survive in seeming peace and calm in the forgotten snow-covered town of Harmony. We nonetheless sense that something terrible happened between Patrick and Jack because a deep hate keeps them apart. When the creatures appear again, Patrick and Jack will have to leave behind all rancor to protect the one being who means more to them than anything else.

The movie will also star Ahna O’Reilly, Quinn McColgan, and Clara Lago, and be produced by Jaume Collet-Serra and Juan Sola, through their Ombra Films banner along with Hernany Perla. Extinction will make its debut later this year.

Call of Duty: Ghosts Invasion Out Now on PS3, PS4, and PC

PlayStation Versions of Call of Duty: Ghosts Receive Chaos Mode for Extinction, Bug Fixes
Be the first to comment!
Leave a reply »