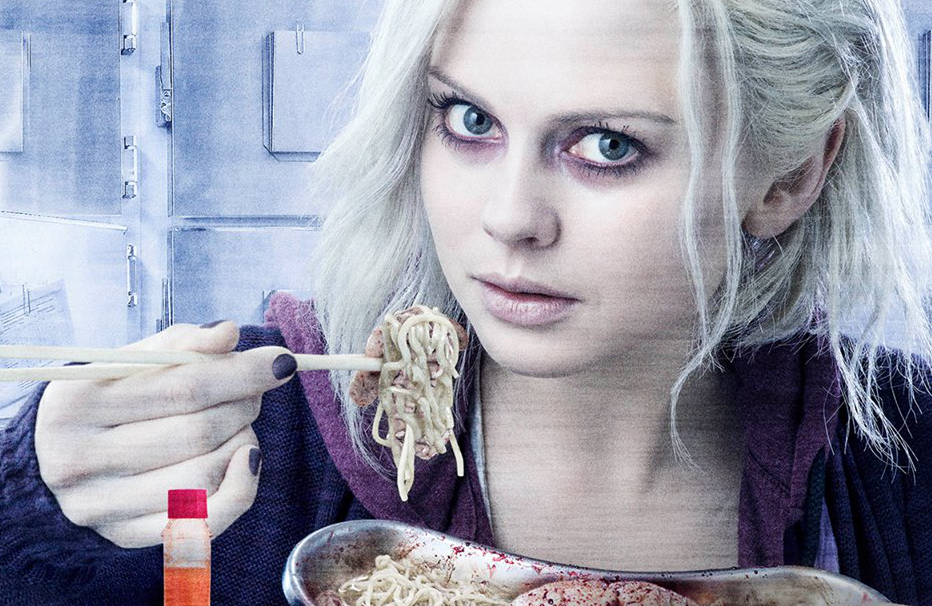 Here’s your first real look at the upcoming zombie series, iZombie, which will premiere March 17 on the CW.

The show will follow medical student Olivia “Liv” Moore (Rose McIver) who becomes a zombie and needs to eat brains to stay sane and semi-human. When she eats the brains, however, she also gets the memories of the people the brains once belonged to, so of course because this is a TV show she ends up solving crimes.

The trailer promises a much softer take on the zombie genre than The Walking Dead, with a bit of comedy and romance in the mix.

As a fan of the really keen Vertigo comic by Chris Roberson and Michael Allred the show is based on, I can’t help but notice the CW’s take is best described as “loosely” adapted from that.

The character’s comic book name, Gwen Dylan, is gone, as is her occupation as a gravedigger. More importantly, I don’t see any of the more overt supernatural touches from the comic like the ghosts, vampires and werewolves or even stranger things. With all of that crazy stuff going on the comics’ main character didn’t really have time to mess around with standard police procedural plots, which seems to be the focus of this show.

The impression from the pilot is backed up the creators. The show intentionally” didn’t hew terribly close to the source material,” series Executive Producer Rob Thomas said, according to a report in Deadline. Instead, they ditched all the monsters but zombies and went for a “case of the week” format.

Thomas also said that although the show might draw comparisons to his previous cult hit Veronica Mars, there’s a big difference in the “attitude” of the main characters. Where teen detective Veronica Mars was hardened and sarcastic, Liv is “sweetness and light” and is finding a reason to live even though she’s technically dead.

Critics have noted that Liv is rather cute for a zombie. Thomas matter-of-factly pointed out that it’s a CW show, don’t expect any ugly zombies.