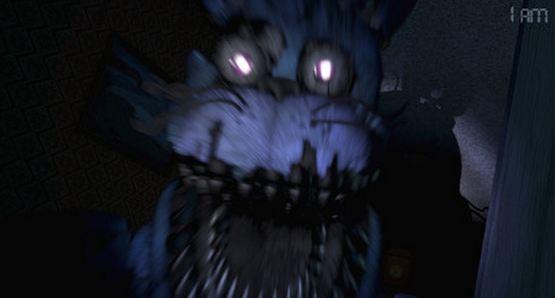 Five Nights At Freddy’s, Scott Cawthon’s series of survival horror games, is up to its fourth sequel now (Cawthon said this would be the last one, but….I doubt it). The truly shocking jump scare is that it has been less than a year since the original game first appeared on Steam. Within that time Cawthon has found meteoric success and is now poised to REALLY cash in by getting a Five Nights At Freddy’s feature horror film made by Warner Bros.

Now the movie is one step closer to completion — it’s found its director, which usually means the script has escaped development purgatory (at least for now). The man they hired is Gil Kenan, whose first directorial effort was nominated for an Academy Award (Amblin’s Monster House). Kenan went on to direct City of Ember in 2008, as well as his most recent film, the Poltergeist remake from earlier in the year.

Kenan will also write the script alongside Tyler Burton Smith, who has experience writing for video games such as the XBox One’s Quantum Break (which still hasn’t come out). Roy Lee (The Departed, The Lego Movie) will serve as producer.

The movie is still too early in development to have a targeted release window. We’ll be sure to let you know when it does.