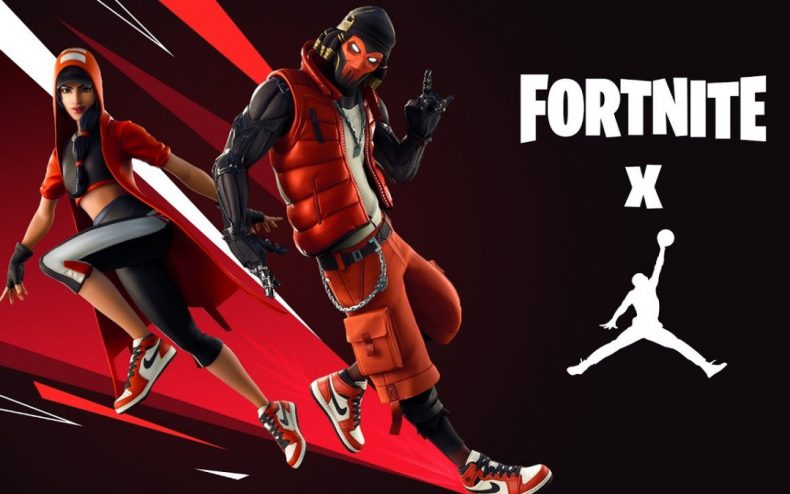 Why have Air Jordans and other associated gear appeared in Fortnite this week? Did Bugs Bunny take a wrong toin at Albuquerque and leave this stuff there?

The new Hang Time Bundle, as it’s officially called, adds two outfits called Grind and Clutch respectively that deck your character out in red and black, with matching Air Jordan shoes….though they do not have to be red and black; the colors can be changed. The Nike/Fortnite crossover also brings with it a game mode called Downtown Drop where players can skateboard around a custom map to earn coins and unlock a new skateboard Back Bling.

What this means is that we have an item in Fortnite that a sizable chunk of its faithful audience was not around for in its heyday. Sit around, kids, and I’ll tell you a tale of the 90s, a time when aggressive marketing campaigns convinced the nation’s schoolchildren that blowing a hundred bucks or more on shoes would turn them into NBA superstars. Michael Jordan, he of the flying leap and wagging tongue, was considered the world’s coolest man, and the shoes that bore his silhouette fetched a high price.

There is no anniversary or special event going on that would warrant Air Jordans and associated gear appearing in Fortnite. They’re simply there…but probably not for long. You’ll likely have about two weeks at the most to nab these fresh kicks, so get ’em while they’re in stock.