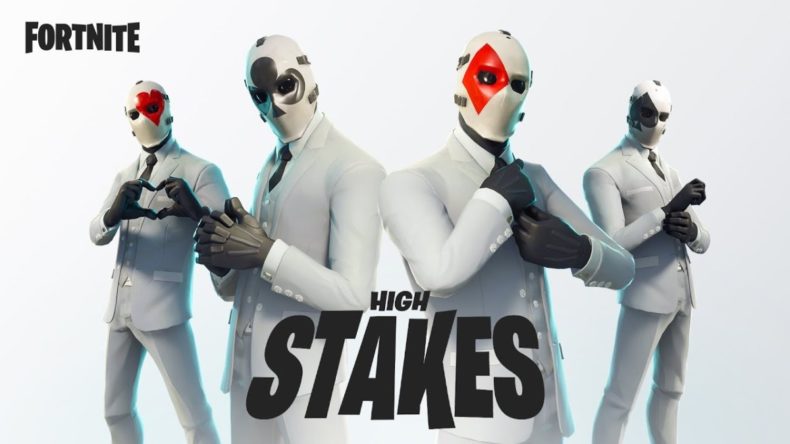 Epic Games introduced Patch 5.40 to all versions of Fortnite today…what’s different? What is the newest game mode and why is it so cool?

The biggest thing this patch does is add Getaway Mode to the game — part of the High Stakes event, and the most interesting thing gameplay-wise to happen to Fortnite in some time. Players are split into teams of four and put on an immediate hunt for four safes on the island, each containing a jewel. Your two goals are to:

There’s no downtime in Getaway Mode, no time to build a defensive structure or to wait around. It’s all tense action from the word GO; the second your feet touch down you’ve gotta move if you want to win. It’s too bad Getaway Mode isn’t a permanent feature, but perhaps in the future it can return McRib style if fans demand it.

There are more reasons to try this mode other than the fun of it. By playing Getaway Mode you can unlock quite a few rewards:

Patch 5.40 introduces other changes too. Epic’s patch notes lie below the trailer.

Welcome to The Getaway! In this mode, players will race to find a Jewel and take it to a Getaway Van before everyone else to win the match!

Semi-Auto Sniper rifle decreased from Epic and Legendary to Uncommon and Rare.