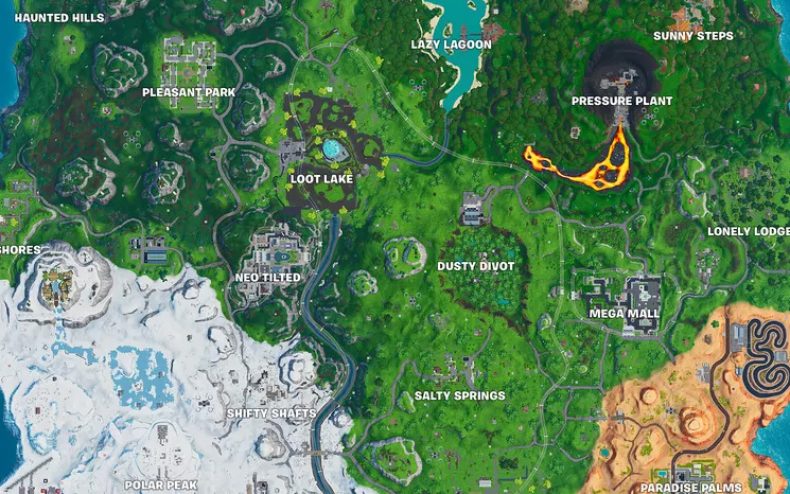 What have we gained from Fortnite Season 9, and what have we lost? We gained a lot of new buildings and structures, but at the cost of several others….and, strangely, the Pump Shotgun. Yup, it’s gone.

The most interesting — and useful — addition to the map is the Slipstream, a circle of wind that blows around the island and lets players easily zip from one area to another by riding it. Other additions include Neo Tilted, the replacement city for Tilted Towers, Mega Mall (replacing Retail Row) and a “Pressure Plant” built over the volcano itself.

When asked about the vaulting of the Pump Gun, one of Fortnite’s oldest and still active (until now) weapons, Epic said ““We want the beginning of each Season to feel fresh and allow for a new gameplay experience along with all the new Seasonal content… Specifically when it comes to Pump Shotguns, they stand out significantly: they currently account for over 26% of eliminations in default playlists, with the next weapon type not even coming close.”

“Rather than nerfing the Pump Shotgun to a point where it no longer lives up to its fantasy, our preference is to return it to the vault, giving us an opportunity to revisit the general balance of the item, while introducing a new shotgun.” In short: it may come back at some point, but you’re gonna have to wait for another Rune Quest and/or volcanic eruption.

Low Gravity. Every player has 50 health. Sniper weapons are the only weapon, Bandages are the only healing item. Jump high and aim well!