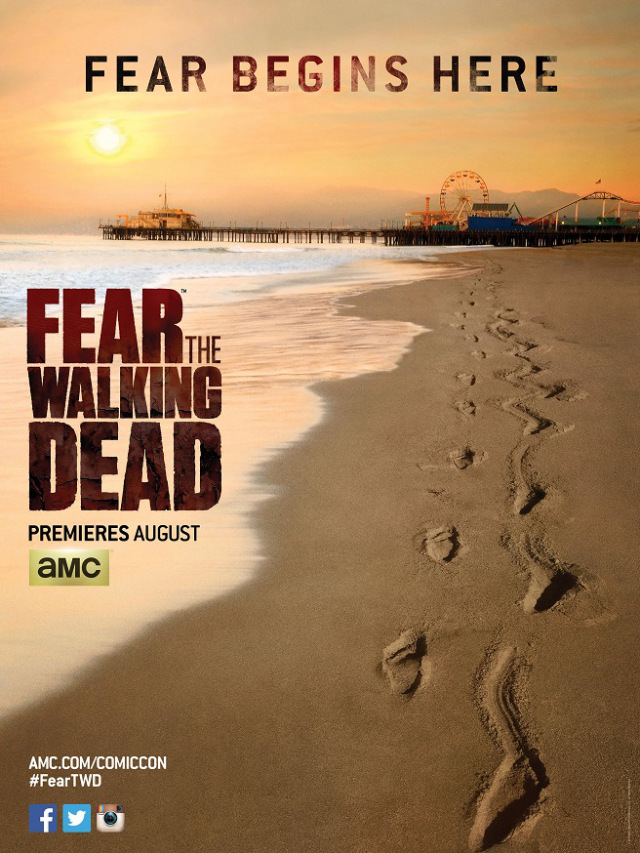 AMC continues to roll out its short Fear The Walking Dead trailers at a one-week pace. This time, we have a new ten-second clip (which, again, appears to be from an actual episode) AND a new promotional poster. Let’s get to the poster first:

“And then, when I saw just one set of footprints, it was there that the zombie ate me.”

Now for the clip. This may be the shortest one they’ve released yet.

The first season will last just six episodes; a second season has already been confirmed but it’s unknown how many episodes it will get.