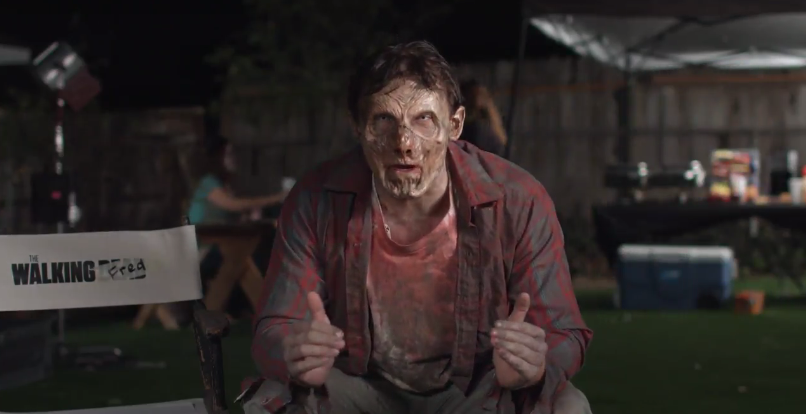 Talking Dead host Chris Hardwick is a nice enough guy, sure, but he’s all warm and alive and stuff. Just look at the sparkle in his eye. You can’t count on him to give you an authentic walker perspective.

That’s where new Funny or Die series The Walking Fred comes in. It’s a The Walking Dead recap show hosted by a walker, from a walker’s perspective. Fred is a walker who works on the show, and he enthusiastically points himself out during walker scenes.

The first episode starts with a review of “Consumed,” where we learn some fun facts about how walkers can’t work zippers and how they are are easily distracted by people sitting in cars. Don’t expect much focus on “boring human stuff,” except maybe some mocking of how dumb they can be.

Luke Barnett is the writer and star of the series, which is directed by Vincent Masciale. According to Variety guest appearances by actual The Walking Dead stars are planned for future episodes.

Robert Kirkman Says The Walking Dead is Not, Repeat, is Not Just Rick’s Coma Dream

The Walking Dead So Far Recapped in Nine Minutes

Let's Try to Understand This Call of Duty vs. Minecraft Video Together
Be the first to comment!
Leave a reply »