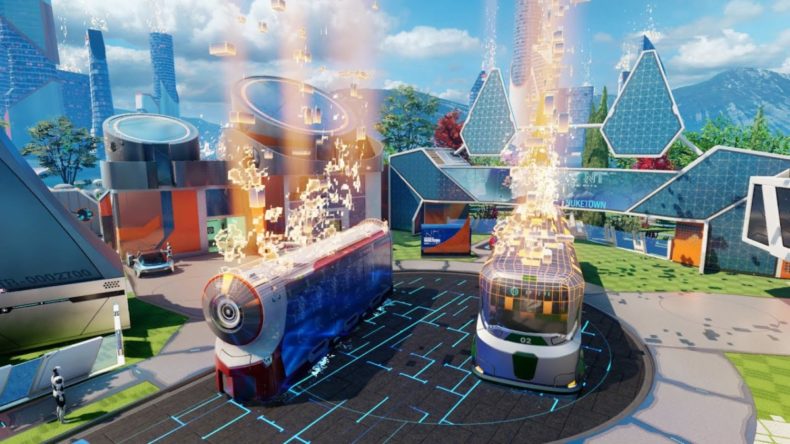 Nuketown is back, only now it’s Nuk3town. One of Call of Duty’s most popular multiplayer maps has returned once more, and today we got our first close look at it with this new trailer.

This is the first up-close glimpse of the revamped map we’ve gotten since its announcement, which was made with concept art. While the setting will be familiar overall, players shouldn’t expect the same experience. Treyarch boss Mark Lamia says there have been some changes to Nuk3town since it was Nuketown.”We carefully adapted the design of the map to make sure that it fit with our new movement system, but to also make sure that we retained the spirit and the fun that made fans fall in love with it in the first place.”
For now, Nuk3town can only be accessed by those who preorder Call of Duty: Black Ops 3, but if you’re patient, it will most likely be released later as paid DLC. Call of Duty: Black Ops 3 is a little more then a week away: it comes out November 6 for Playstation 4, XBox One and PC.