Get Ready for The Walking Dead’s Return! 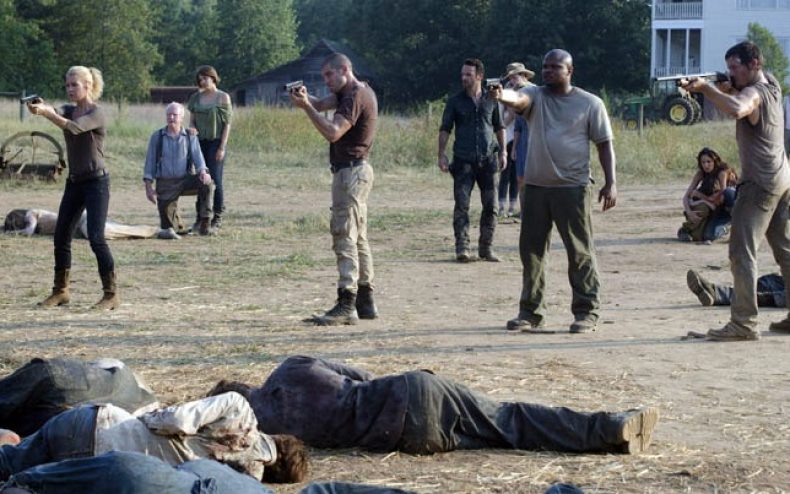 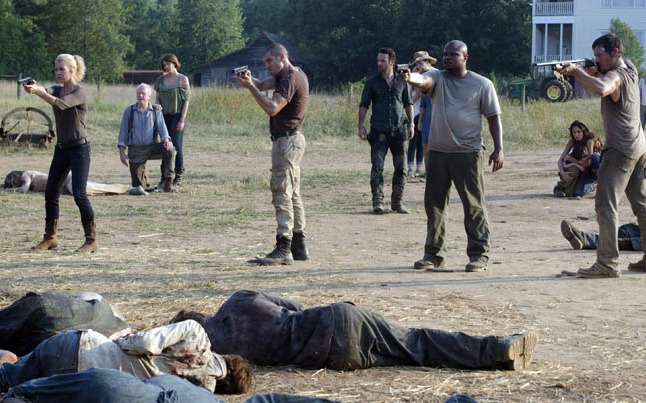 It’s been over two months since The Walking Dead mid-season finale aired and it left us hungry for more action. The first half of the second season finished up with the showdown at Hershel’s Farm, and the story of Sophia coming to an end. The Walking Dead will be hitting our screens once again in just 13 days and with it brings some interviews with the cast of the series. The following excerpts are taken from these interviews, which will help shed some insight into the characters.

“Shane really has figured out that in this world it’s all about making hard decisions. If you have a group of people and you’re trying to survive what do you do if one person is holding you back?” – John Bernthal (Shane Walsh)

“I wear a dress in [a flashback]… and I’ve got lipstick on. Most of the crew walked by me on the way to set without saying hello, because they didn’t recognize me!” – Sarah Wayne Callies (Lori Grimes)

“[Andrea] was such a sobbing, bereft, suicidal person and now she’s a warrior… There was more acting required to be, like, scared of zombies — it’s more natural for me on the show now.” – Laurie Holden (Andrea)

“Glenn’s not going to say no because I think he wants to be a martyr or hero. If he goes, he goes out in a blaze of glory.” – Steven Yeun (Glenn)

“I’m pretty well-versed in crossbow-ness by now, but I’m still figuring out new ways to use it all the time… You can’t not look cool with a crossbow.” – Norman Reedus (Daryl Dixon)

“They put me into zombie makeup in front of a mirror, so it wasn’t like a surprise seeing me as a zombie — I got to watch it. But I bet if they did it without a mirror I’d be freaked out, because it was pretty nasty!” – Madison Lintz (Sophia Peletier)

“Playing Carol is almost like witnessing a car wreck. It didn’t happen to you but you still have the sense of having witnessed this kind of terrible thing.” – Melissa McBride (Carol Peletier)

“It was my birthday on set, the day that Carl got injured… After each take I’d go over and eat a bunch of sugary snacks. I’d sit there trying so hard not to break out and yell!” – Chandler Riggs (Carl Grimes)

“My story is I sacrificed myself to save my wife and son and now I’m a zombie. We don’t need to hide my beard or anything. I’m just Scott Ian: Zombie.” – Scott Ian (Walker from webisodes)