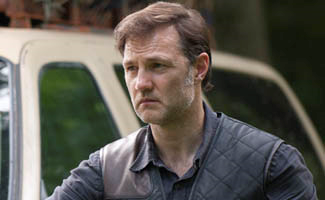 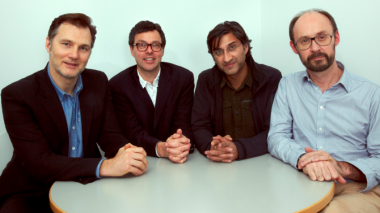 The On The Corner crew.

David Morrissey – aka The Governor – has started along with three partners, a production company named On The Corner, that will produce both scripted and non-scripted content for television and cinema. On The Corner has already signed a two-year deal with BBC Worldwide.

Morrissey’s partners in the venture are producers Jolyon Symonds and James Gay-Rees and director Asif Kapadia.

David Morrissey Cast As ‘The Governor’ In Season 3
Be the first to comment!
Leave a reply »