Here It Is, The Call Of Duty: Black Ops 3 Gameplay Trailer 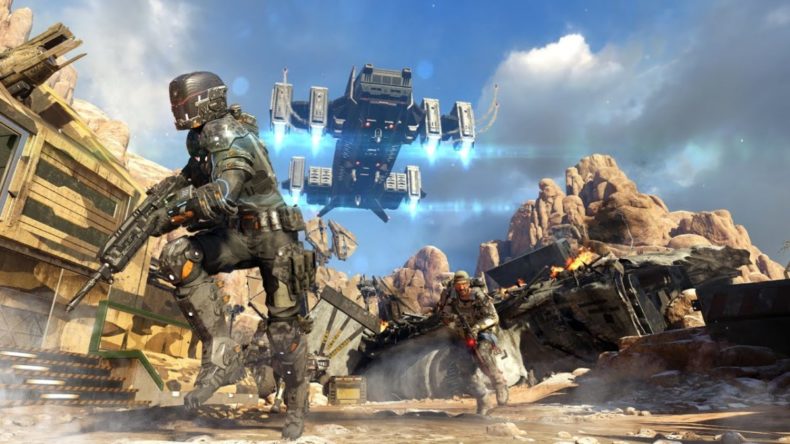 The nights are getting longer, the weather is getting colder, the future is approaching with every minute….sooner or later we’ll all be bioenhanced soldiers blasting each other with techy weapons. Sooner than most think, anyway….as soon as November 6, when Call of Duty: Black Ops 3 is released.
This is the big trailer most have been waiting for…..the one that usually comes right before launch, the gameplay trailer. This is when all secrets are dropped, what awaits you is fully revealed, and you get a nice classic rock song to go with it (in this case it’s “Paint It Black” by the Rolling Stones). You’ll see the campaign mode, the multiplayer mode, the areas that have zombies in them, and you might even catch a glimpse of that character Marshawn Lynch will be playing.
Call of Duty: Black Ops 3 comes out November 6, 2015 for Playstation 4, XBox One, Playstation 3, XBox 360 and PC. The video mentions this, but I should point it out as well: the versions of this game that are coming out for last-gen consoles will have the Campaign Mode missing. If you only care about multiplayer, you may be fine with playing it on your old machine, but just be aware that we’re bumping up against the limits of what those boxes are capable of.
And now, the trailer…..