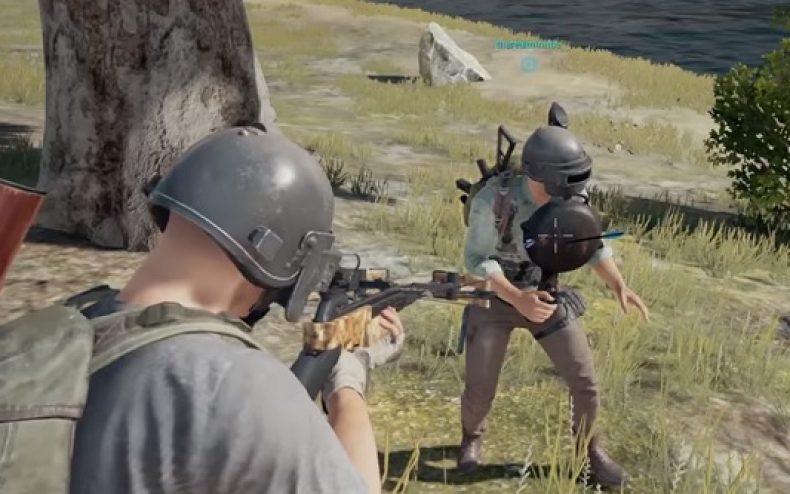 Why can the frying pan in PUBG protect you from bullets? Who exactly at Bluehole walked into work one day and decided a pan would be a great defense strategy?

According to Brendan Greene, the pan’s special properties were a happy accident. As he told Eurogamer during a new interview, “We wanted to eventually make it that you could hit a grenade with the frying pan.” That was to be the extent of it…just as an extra detail. “As Pixar say, it’s ‘bumping the lamp’. You wouldn’t expect to be able to do it, but if you can, then why not? Someone will notice and someone will love it.”

But why a PAN? Greene says it was meant to be a nod to PUBG’s inspiration, Battle Royale. In a scene from the movie, a character opens his backpack to reveal he has just a saucepan lid to defend himself with. Greene mistakenly remembered the object as a frying pan.

The dev team implemented the grenade-deflecting mechanic and went home for the day, not knowing they had mistakenly sent their experiment live. “We didn’t realize it would protect against bullets,” admitted Greene. “And then when we saw it, it was like: well, that’s awesome. I’ve seen people use the frying pan and bat a bullet out of midair. It’s amazing. Stuff like that is truly emergent. Something that you can never really plan for.”

Originally, Bluehole thought about changing the pan’s properties so that it wasn’t bulletproof, but after so much positive fan response, they decided correcting it would be a mistake.

Just in case anybody is wondering: in real life a bullet will go directly through a pan.

Don’t Expect A PUBG 2 Anytime Soon, Says Creator
Be the first to comment!
Leave a reply »