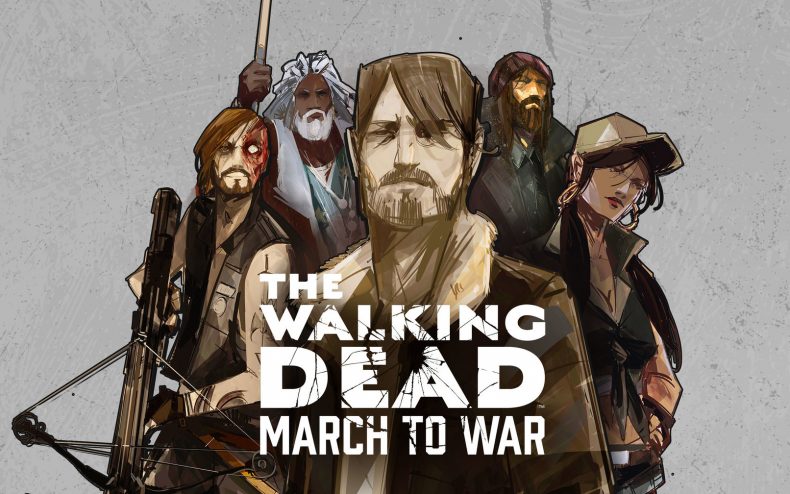 Disruptor Beam, makers of the upcoming Walking Dead mobile game March to War, has published a new interview with their lead designer, Michael Leoncavallo, where he reveals how the game will play.

The mechanics run on something called the Council System. The bulk of your army will consist of nameless Survivors, but those people will need a leader — figures Leoncavallo calls Council members. They’re people you know from the comics and show like Michonne, Negan and Andrea. (This particular game is based on the comic.)

Leoncavallo says Council members drive the core of the game’s decisions. “Council Members lead every raiding party players send out into the world. If you want to send a group of survivors out to collect some food, clear walkers, or attack another player, those survivors will need a Council Member to lead them. The Council Member you choose will have a big impact on what your raiding party is good at, and as your Council Members level up they’ll earn more talents and provide more bonuses to their raids.”

You can gather Survivors in the game just by broadcasting from a transmission tower, but finding these all-important Council Members will take a bit of scavenging on your end. Every now and then you’ll find comic covers lying around with a drawing of a Council member on it…collect all the covers and you’ll be able to summon the Members themselves.

Does this mean you can have Negan and Rick on the same side? Not exactly. You can only pick one Council Member to lead each team, and they each have their own special abilities true to their storylines. Negan can use the menu options “Batter Up” (which increases attack power) and “Half Their Stuff” (which increases the amount of resources). Hershel enables a move called “My House, My Rules” and Dwight has one simply called “Missing Sherry.”

There is still no release date for The Walking Dead: March To War, but we’ll pass it on when we receive it. It’s due sometime within 2017.