If Negan Fought The Governor…. 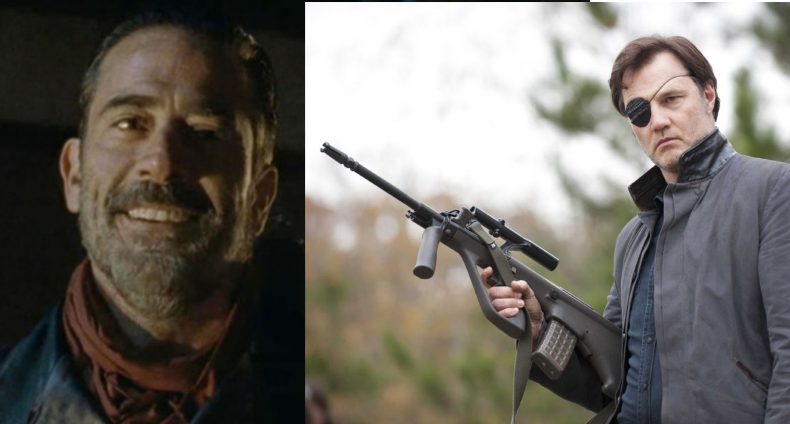 The two characters will never meet, either in the comics or on the show. But if The Governor and Negan, two village rulers well-known for their cruelty, ever challenged each other for dominance, who would win?

Well….The Governor had a lot of guns. Guns usually defeat bats in combat every time. He was also handy with a sword, and he had access to a tank. Shouldn’t those things give him an advantage?

Morgan says it’s all about the mental state, and Negan’s toolshed is undeniably sharper. “The Governor was a little bit wack. Negan’s got it together. It wouldn’t even be close.”

He then apologized to the actor, whom he bore nothing against. “And I’m sorry, ’cause I really love David. He’s awesome. I worked with him for a year and there’s just not a better guy. But Negan versus the Governor wouldn’t be close.”

Scenes You Will Never See On The Walking Dead TV Series
Be the first to comment!
Leave a reply »