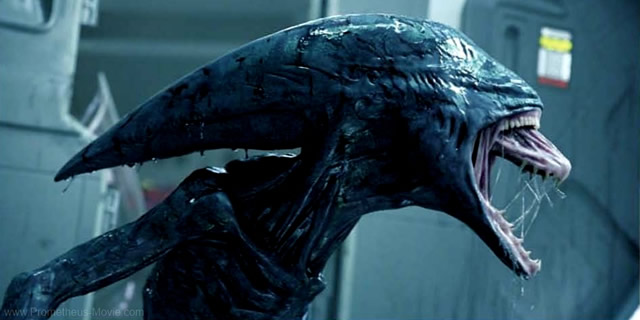 In 2012 director Ridley Scott returned to the Alien universe with the prequel Prometheus. He swore up and down that it “wasn’t an Alien movie” but that it took place in the general vicinity of one. He wasn’t lying…we got the spacecraft, but it was a different one; we got a large blobby prototype of the Facehugger and what looked to be a relative of the Xenomorph at the end. And we found out the Space Jockeys were just suits for giant bald men, which I prefer to pretend never happened.

General consensus is that Prometheus was okay but not great. Better than what Fox had been doing with the Alien franchise, but not good enough to watch more than once. Scott planned a sequel from the beginning, and we now know he wants to make four Prometheus movies at least.

Thing is, does anyone really want four, besides him? They could be as muddled, drab and confusing as the first one, if the hints Scott is dropping are any indication. He’s playing games with the press again, stating the movies will not connect directly with the Alien series until the last one. Then he revealed the title for Prometheus 2 would be….Alien: Paradise Lost. Pick a story and stick with it!

What is most maddening about all this is that Neill Blomkamp’s fascinating Alien sequel appears to have been put on the backburner while Scott plays around and confuses people. After all, Fox doesn’t want to risk confusion with titles like this. Do we really have to wait for Ridley Scott to plop out four pretentious sorta-Alien movies before we get a cool one? Sigourney Weaver’s face is not getting any fresher, though it has aged very well so far — but why tempt fate any further? Make this damn movie before it has to be the Adventures of Grandma Ripley!

UPDATE: Scott has clarified the meaning of the title.

“We’re heading back to why and how and when the beast was invented. We’ll go back into the backdoor of the very first Alien that I did 30 years ago.”

He also spoke to Empire about Alien 5 and clarified its fate as well.

“I’m producing it. The design is for it to go out next, after this. This will go out first. It’s more associated with Ripley, it’s a completely different angle, it’s more of a sequel. I’m coming in from the back end.”

Alien: Isolation Scares More than a Million Gamers
Be the first to comment!
Leave a reply »