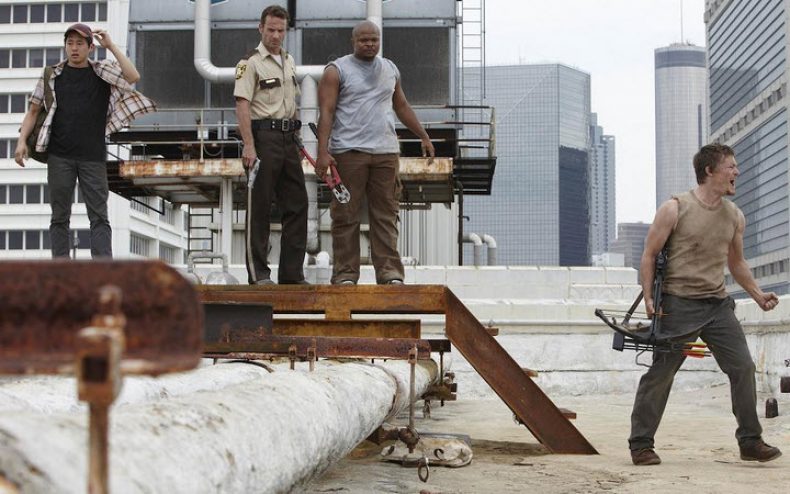 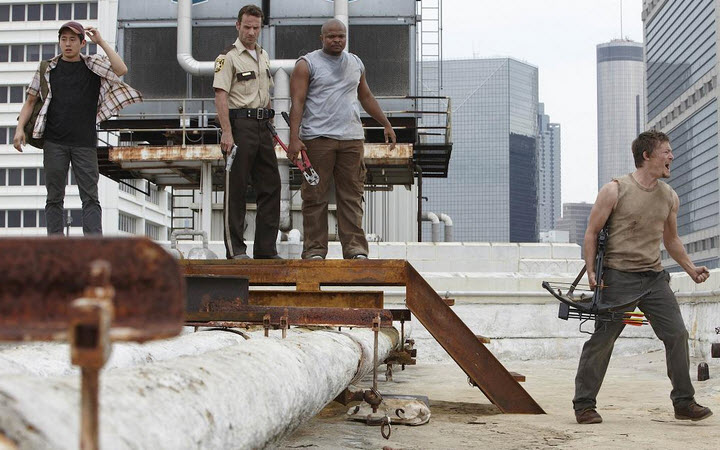 The Walking Dead really caught fans with the episode “Vatos“.  They end up finding the hand of Merle laying near the hand cuffs and Daryl wraps up the stump and puts it in Glenn’s backpack.  While following the blood trail they find out that he stopped the bleeding and probably made a run for it, so they head out looking for him.  While out trying to retrieve a bag of guns they left behind, they run into some other survivors, some Mexican gang members.

Glenn actually gets the guns but is abducted by the gang when heading back and they take him hostage, luckily, Daryl and the group also captured a member of theirs.  They offer to trade Glenn for their vato and after they get Glenn back they head back to their van so they can make it back to camp.

On the other end, the camp is attacked by zombies.  Amy is bitten and many more either die or are attacked, including Jim.  When Rick, T-Dog, Glenn, and Daryl make it back its chaos and they are blamed because they left.

Big fan of all things Walking Dead. From the comics, to the games and of course, the TV show. Also a huge movie nerd. I Love Sci Fi and adventure movies but will pretty much watch anything.
You might also like
AmyMerle