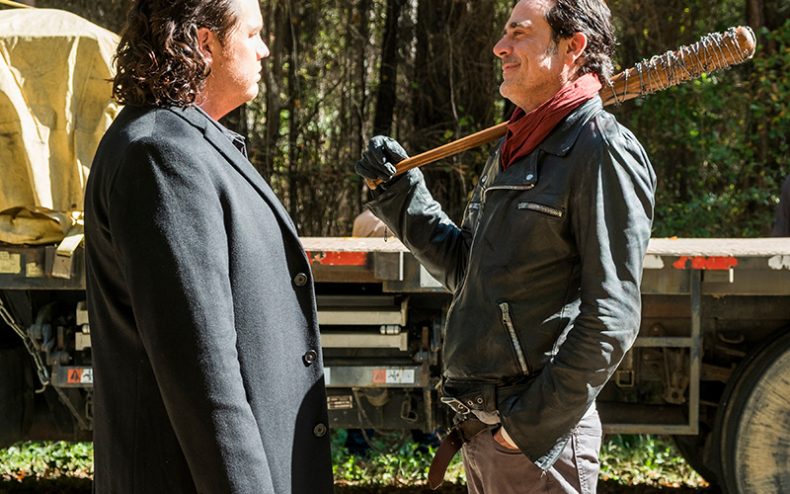 As we leave Season 7 behind and look forward to Season 8, the war against the Saviors has finally begun. We’re now rapidly approaching Issue 127 — where, suddenly, after the war there was a jump in time. Is this jump going to occur on the show as well?

Don’t look for answers on that one from Robet Kirkman. He gave THR this cryptic paragraph: “We’ve talked about whether or not we’ll do everything that’s happened in the comics, all the way up to the most recent issue. That’s something that Scott and I are talking about all the time, and we sit down with all the producers and discuss what we’re going to do and how we’re going to do it because there’s a tremendous amount of budget involved and strategic planning on how to keep the show going. We need to know these things and being able to know these things years in advance is what helps us make this show possible. So we’ve discussed everything.”

Executive producer David Alpert added, “That was one of the best evasive answers I’ve ever heard.”

Showrunner Scott M. Gimple was a little more forward, though he did not say when or where he plans to execute the time jump or if it will even happen. From the sounds of things, the show may be toying with the idea of using the comics’ gap to tell some extra stories. “I will say there are things that happen in that time jump that are referred to that are super interesting. And thus we might see some of that stuff; it might not be the same sort of jump, or we’ll do that two to five years in real time.”

The crew has a few months to figure this out. Season Eight isn’t scheduled to begin airing until this October.