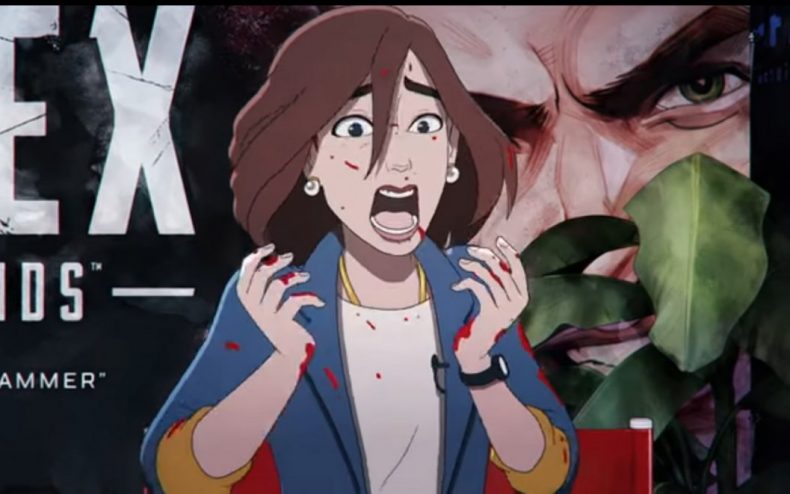 Season 4 of Apex Legends is rapidly approaching. Last week during a developer livestream, Respawn revealed a new Legend: Forge, former MMA champion and professional brawler. He fights with his fists, not with guns! We were slow to report on Forge’s existence, and that turned out to be a good thing, because….uh, he’s dead.

We have to hand it to Respawn for this one. A new trailer was released yesterday, which everyone figured was going to show Forge in action. Instead the video displayed Forge boasting in an interview, oblivious to the ominous figure sneaking up behind him. Some kind of giant robot appears, stabbing Forge from the back. His interviewer gets a shower of blood and screams before the camera cuts to a test pattern.

Respawn has confirmed that’s the end of Forge, a career ended before it could even begin. So who are we getting instead….the robot? They won’t say yet, but it’s heavily likely to be the robot, and it’s also heavily likely his name is “Revenant.” Multiple leaks have suggested such a character in the works.

Respawn will not confirm who the next Legend is. If it IS Revenant, this is a genius marketing campaign for him. They clearly couldn’t surprise anyone with a straight reveal, so they went a different direction.