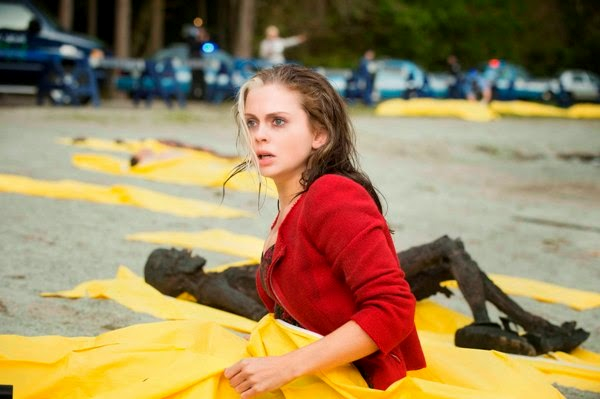 The upcoming zombie-themed comic book-based television series on the CW, “iZombie”, has added Aly Michalka [“Two and a Half Men”] to play the role of Peyton Charles – the best friend of zombified medical student Olivia Moore [played by Rose McIvor]. Michalka replaces Alexandra Krosney [pictured above in the pilot episode], who was in the pilot but booted when the show was picked up by the CW network to series.

iZombie Squirms Up In Ratings – Almost At Two Million Viewers

SDCC 2014: iZombie Screening Cancelled Due To Cast Changes
Be the first to comment!
Leave a reply »