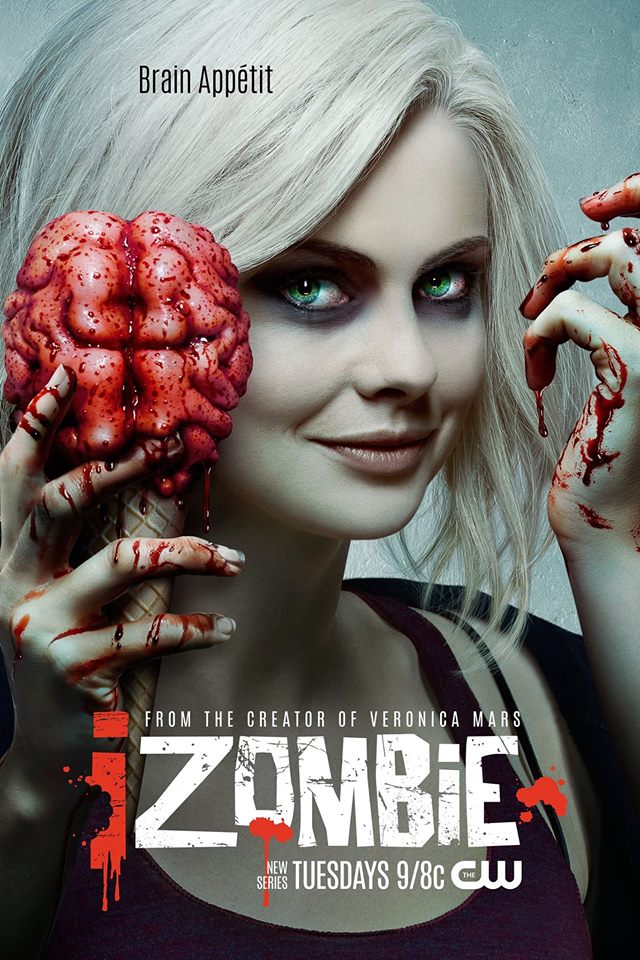 The CW’s new attempt to ride the zombie wave, iZombie, starts in one week, and the network has released a new video showing off footage from the show and an explanation of its premise from creators Rob Thomas (creator of cult hit Veronica Mars) and Diane Ruggiero-Wright.

Based very, very loosely on a comic book and quite different in tone than The Walking Dead, the new show is a police procedural with a twist. The main character, Liv (Rose McIver) needs to eat brains to keep from becoming feral, so she works in a morgue to keep a steady supply. When she eats brains she absorbs the memories of how those people died, and of course many of them are murder victims so she teams up with cops to help solve crimes.

The show will premiere March 17 at 9 p.m. ET on The CW. The CW released a synopsis of the first episode:

A NEW SERIES FROM THE BRAINS BEHIND “VERONICA MARS” — Olivia “Liv” Moore (Rose McIver) was a disciplined, over-achieving medical resident who had her life path completely mapped out… until she is turned into a zombie. Now stuck somewhere between half-alive and undead, Liv loses her drive and ambition. She breaks off her engagement with charming soulmate Major (Robert Buckley), fearful of infecting him with her condition. Liv transfers her medical residency to the city morgue in order to access the only form of sustenance left available to her – the only thing that allows her to maintain her humanity – brains.

There are side effects to Liv’s new diet: With each brain Liv consumes, she experiences “visions” – flashes of the corpse’s memories – which often provide clues as to how they were killed. Her boss, the brilliant but eccentric Dr. Ravi Chakrabarti (Rahul Kohli), encourages her to embrace this gift and to work with unproven homicide detective Clive Babineaux, (Malcolm Goodwin), to help solve these murders. In doing so, Liv finds a measure of peace and a new sense of purpose in what her “life” has now become. David Anders also stars. Rob Thomas directed the episode written by Rob Thomas and Diane Ruggiero-Wright.