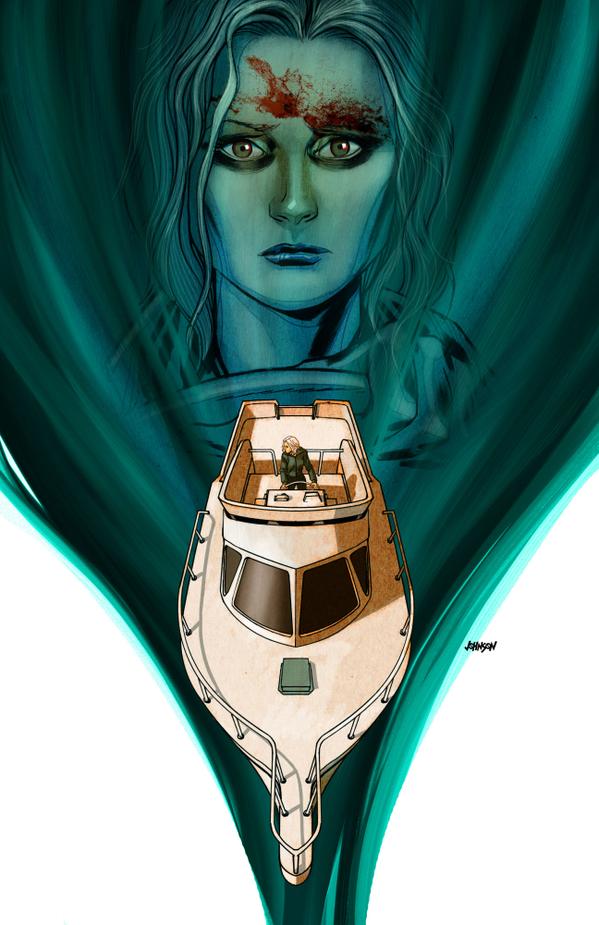 In this week’s iZombie, guess what makes a return appearance? Not a person….a product. Max Rager, the energy drink whose company was involved with the fatal skydiving incident in episode four, is now the center of another incident, this one directly involving the drink itself. Also, in other liquid news, Liv hits the bottle hard after the loss of her boyfriend, but that might be because she ate the brain of an alcoholic.

Once again there is no commentary available from the producers — I guess they quit doing them, aww. We do, thankfully, still get art. Here is the latest piece, implying this episode also involves a boat in some way.

With other shows in the same time slot retiring into reruns for the summer, you have no excuse not to start watching this great show. The next iZombie premieres this Tuesday at 9/8 central on The CW.