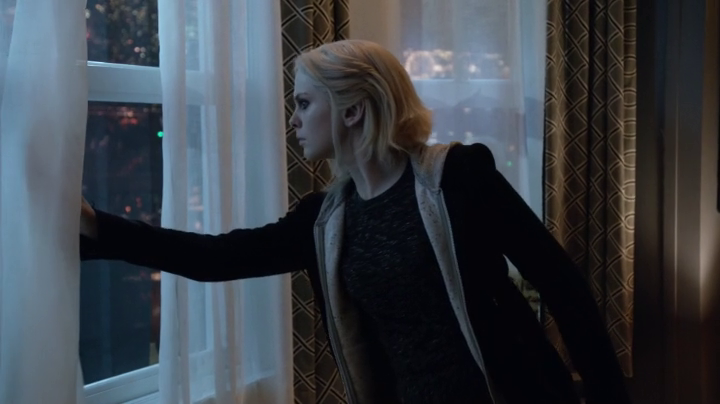 If you’re not a watcher of iZombie by now, correct that. Jump on before it becomes too difficult. There are going to be a lot of new episodes to view this month (Louie returns tonight, Game of Thrones returns this Sunday, I still haven’t watched Better Call Saul, ay yi yi) but you really need to make a place in your routine for this one. It’s shaping up to be one of the best shows of the season. I would rather watch iZombie than Mad Men.

Liv brings coffee to Major’s house to apologize for, y’know, the previous episodes of the show. Major is looking for a roommate, since it wasn’t that long ago their engagement was broken off and his financial plans for staying in his house involved her paying half the rent. Liv happens to catch Major fresh out of the shower with only a towel draped around his waist, and I was familiar enough with the Laws of TV Plots to know what else was about to come downstairs: 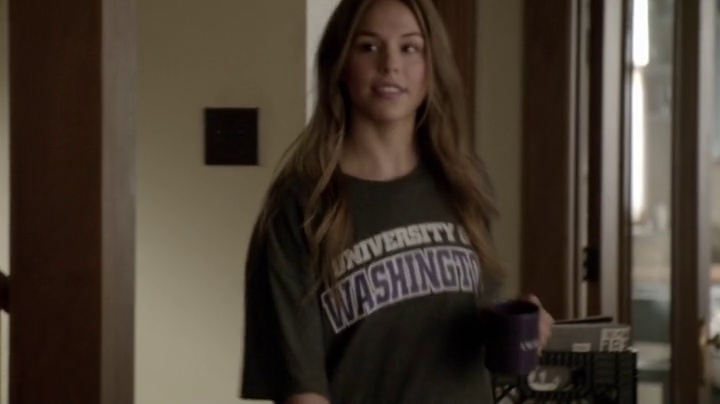 Liv, however, was quite surprised — and rattled — by the presence of the new girl, even though she’d seen them kissing in a YouTube video last week (to be fair she was suffering a bout of sociopathy at the time). We’ve seen Sociopath Liv, Arteeste Liv….this week we got Paranoid Liv. She consumed the brains of a slain member from a Chinese gang, who had been in the Witness Protection Program and was constantly looking over his shoulder for the remainder of his short life. But she not only gained his nervousness, she saw a vision of his thug life that involved her cop friend! 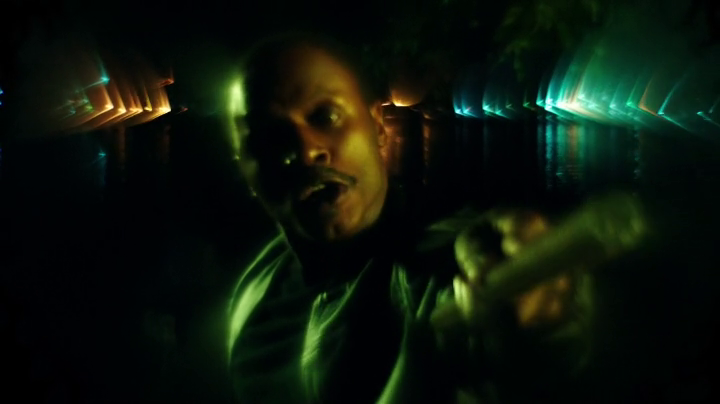 Clive used to work in Vice, and going undercover and pretending to be a criminal is part of that job, but from what Liv saw, he seemed to be getting into his role a little too much. Might Clive actually be a dirty cop who’s actually on the side of the underworld? Eeek! Liv spent this entire episode paranoid about Clive yet never even once thought of the fact that she knew someone like Blaine. 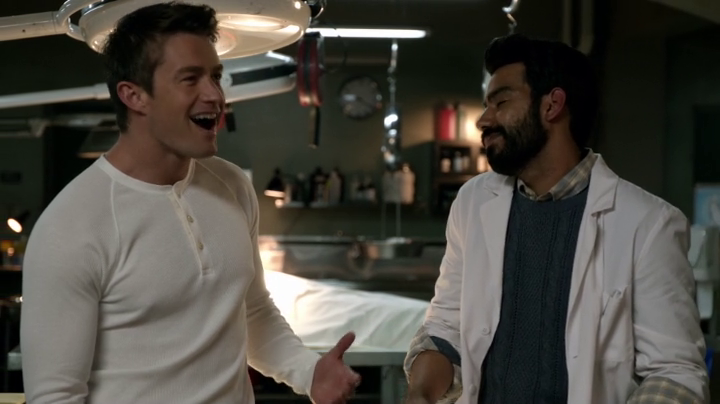 Liv comes up with the idea that Ravi should accept the roommate offer from Major, because this would prevent his new girlfriend from taking that spot. (This wasn’t a secret motivation, she outright said it.) Ravi balks at losing his “privvvacy,” but when they meet, it turns out Ravi and Major are both rabid Diablo 3 fanatics. They bond instantly over that fact, spewing out game-specific jargon (at least I assume it’s game-specific; Diablo isn’t a series I’ve played). Forget all other candidates — he’s found his roommate! What I take from this interaction is that the producers and I are on the same page as to Major being the show’s weakest link so far. He needs some development, and to get that accomplished, he needs a less estranged connection to the regular cast. Having him be buds with Ravi should help that. 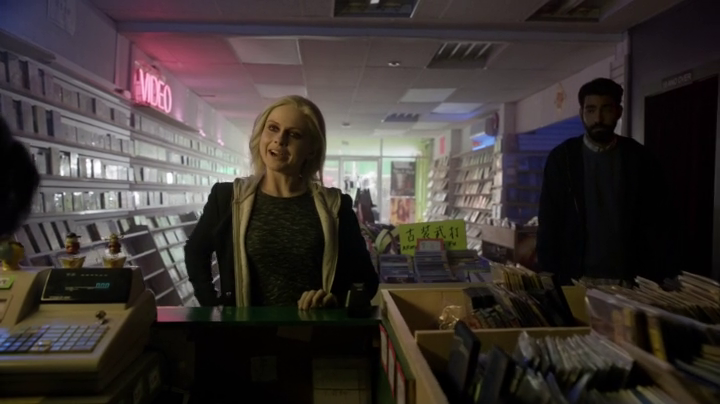 A member of the gang in Liv’s vision was wearing a staff shirt from a Chinese video store. To look into this clue without looking too suspicious, Liv steals one of Veronica Mars’s trademark gimmicks: the ditzy blonde disguise. While claiming to be looking for a hookup with someone “of the Asian persuasion,” she has a sudden vision of the gang meeting at that store, and the gang leader, AJ, torturing someone — and AJ shows up from that vision right that second, demanding to know who she is. 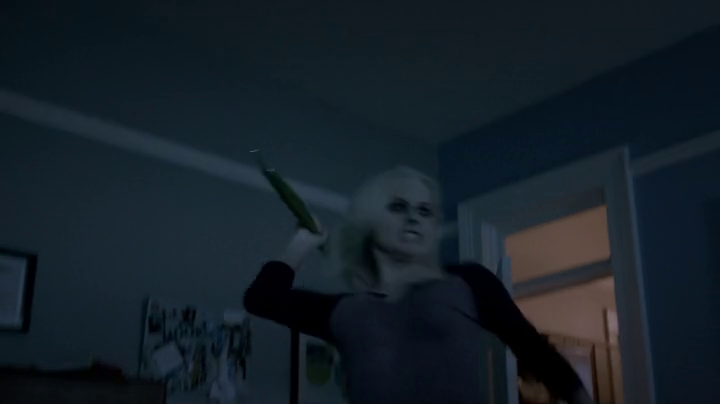 AJ isn’t entirely convinced Liv’s blonde act is real, and Liv’s current paranoia doesn’t help any. She escapes from the store, but she’s now on his radar. In fact, he now suspects her of being a cop, and decides to jump her in her own apartment. This backfires when she turns monstrous and beats the tar out of HIM, only stopping just in time for her brother to come into the room and nearly discover everything. (He did not.)

Clive, it turns out, was not dirty, but did get into his undercover work a little too much and lost his position in Vice over it, and that is why he works in Homicide and takes advice from a fraud psychic who’s actually a zombie. 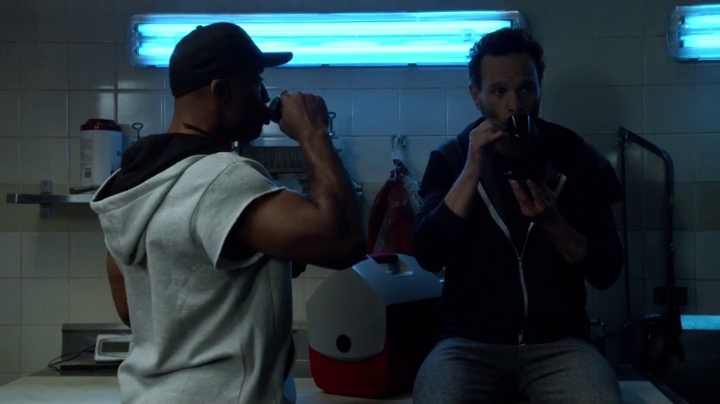 As for the doings of Blaine, we got the answers to the questions introduced last week. What’s Blaine been doing with the hapless teens he’s been luring from the halfway house? He’s been employing them in his extortion business, which he runs from the back of a beef-specific restaurant called “Meat Cute” (Gravity Falls did that joke first).

Their names were Eddie and Jerome and they got their own self-contained story in this episode with a beginning, middle and end (a concept I enjoyed muchly). Jerome and Eddie are now working for Blaine’s racket and shuffling brains to his clients, hitting them up for money and getting rough when they don’t pay. They don’t seem to mind it much — in fact they start enjoying themselves enough that they decide to double-cross Blaine, start up a competing “business” and steal his customers. In the next scene Blaine promptly shot them, then pulled two zombified toughs out of the meat locker and told them, as they thawed, to replace the pair and behave or they’d go right back in.

It’s funny. I can think of other characters on television who, if I had seen do something like off two characters that were showing promise, I would have despised instantly. But the right amount of charisma can work wonders. Plenty of failed comedies have revolved around reprehensible people that came off as exactly that and nothing more. But Blaine is so well-cast that he could probably eat a baby or three and I’d still love seeing him onscreen.

Perhaps this explains why the rich woman Blaine conned into his “subscription program” is actually dating him now. This episode opened with shots of she and Blaine waking up in the same bed, flirting on her patio while wearing swimsuits, and getting spray tans together (because that saves her from having to wear zombie makeup in every scene). Eddie and Jerome made the mistake of coming to her for financial help in their brain racket, not knowing she was on Blaine’s side, even though she would have been much better off accepting their offer and turning those $25,000 checks into a profit. She must really love him. Boy will she regret it…. 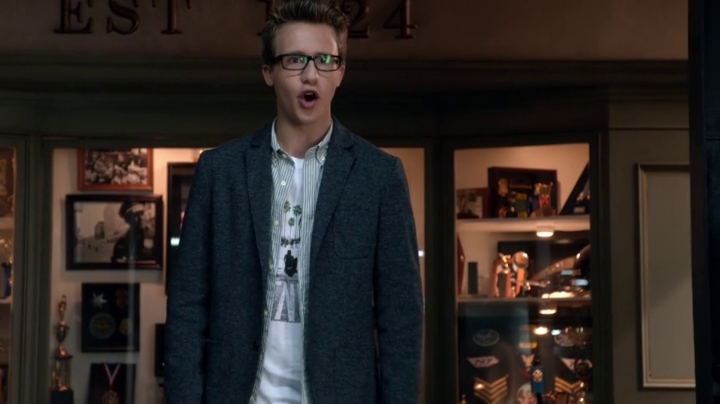 What else made an appearance….right, Liv’s brother. We didn’t see much of him but he seems like a good egg. His walking right into the morgue right as Liv was about to extract her meal and getting all excited over seeing her gruesome job was a great entrance for him. I want to see more. 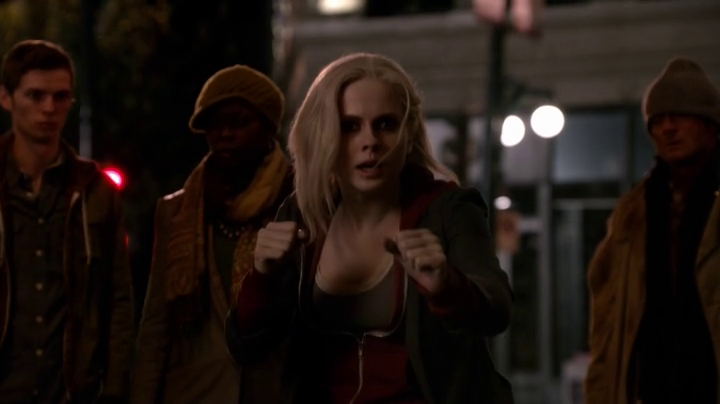 Moment worth mentioning in wrap-up: Liv trips over a shopping cart on the street at night, then reflexively shoots back up with un-Liv-like agility. Shocked, she stands up straight with her fists in front of her and announces, “I know kung-fu!” Nice Chuck reference. Rob Thomas knows his audience.