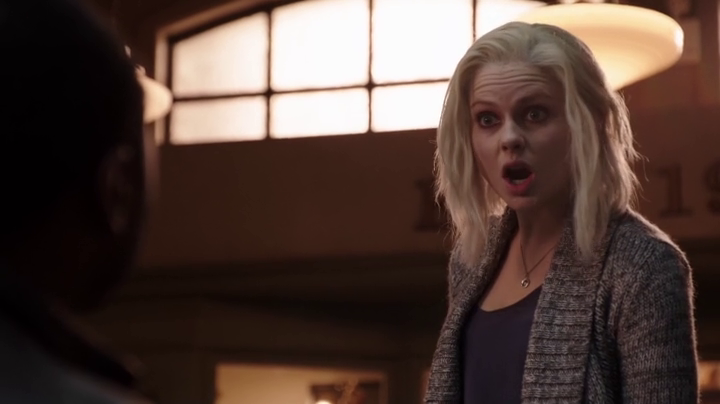 This has to be the darkest iZombie of the ten that exist so far. There were some lighter moments, but still. Bleak. I wouldn’t want to be in the pretend version of Seattle right now.

What were seeing are recognizable themes from Rob Thomas, however. Veronica Mars also had authority figures who couldn’t be trusted and a heroine who couldn’t always save the day and injustices that sometimes went unavenged. All that’s missing are scathing portrayals of income inequality (but that kind of thing is more pronounced in SoCal). 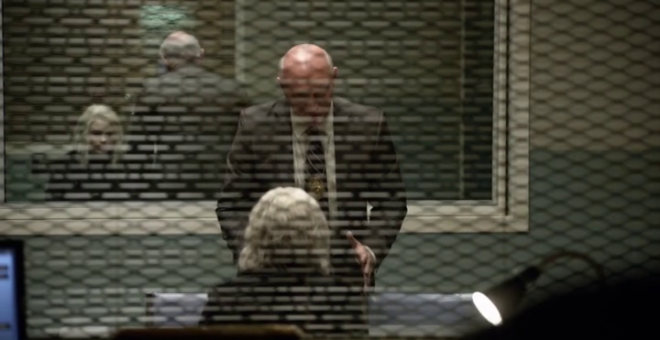 We open with Liv….in police custody. Turns out since they don’t know the exact circumstances of Lowell’s stabbing, Liv is a suspect. They ask her where she was during the hour of the incident, and poor Liv, still trying to emotionally recover, warbles out “Driving.” When they reply that they have street cameras that can check out the validity of that excuse, it looks like the majority of the episode will take place in prison….until Zombie Police Chief comes in and says Liv is free to go. He knows the truth (though Liv doesn’t know he knows) and having her next to dangerous thugs she could infect would not be good.

Zombification complicates a lot of things. When Liv goes back to work Ravi tells her they need to declare Lowell’s death a suicide, because anybody else inspecting the body could find something they shouldn’t know — or even get infected. If it’s ruled a suicide they will be allowed to cremate his body and destroy all evidence of his state of being. The already grieving Ms. Moore is appalled, even more so from the realization he may be right. 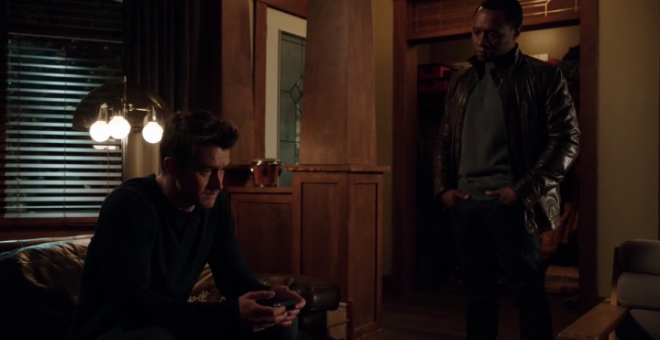 If Liv thinks she has it rough, she should really check in on Major. Seriously, the guy could really use some help, and not the kind he’s about to get. Clive decides to visit the fitness room where Candyman frequently worked out before Major allegedly shot him three times — and finds Candyman right there, pumping iron. Candyman says there’s no possible way the incident could have happened and that Major is just “crazy,” and Clive now has to agree. Major has now been officially committed, and he’s beginning to think he belongs in the nut farm anyway.

As for the reporter who was helping Major find the missing teens, she happens to be the next body that winds up in the morgue. Liv reaches for the skull-saw, only to be warned by Ravi that this particular body belonged to an alcoholic, and if she consumes this one in the depressed state she’s in, she’ll be drinking herself into a stupor within hours. Liv thinks for a second, and then says “Sold” and revs up the saw.

Liv drinks, drinks and drinks throughout the episode, at one point consuming ten full shots in one night. When she reaches for an eleventh, the bartender pulls it back and orders her to call for a ride home. The only friend she has available is……oh boy. 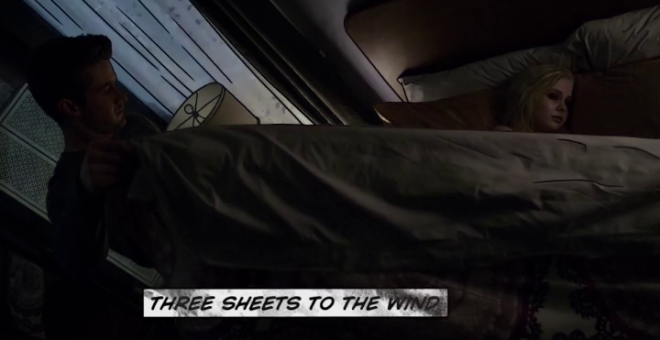 Yes, this is how Liv and Major meet up again after many estranged episodes, and only in this scene. It would have been the perfect setup for something regarding the truth to accidentally slur out of her inebriated lips. Lord knows he could use it. But somehow, even when Major TELLS Liv he thinks he’s nuts because he thought he shot a guy who’s still alive…Liv remains quiet. That’s some swell wife she would have made.

Guess what? The woman isn’t dead because she started nosing into Blaine’s business. She was likely headed in that direction, but she got on someone else’s case beforehand. She and Clive begin interrogating her friends, but as the first round of questioning gets under way, Liv has a vision of her death — and the killer unlocking something on her phone before she blacks out. What was she uncovering that someone else wanted buried? 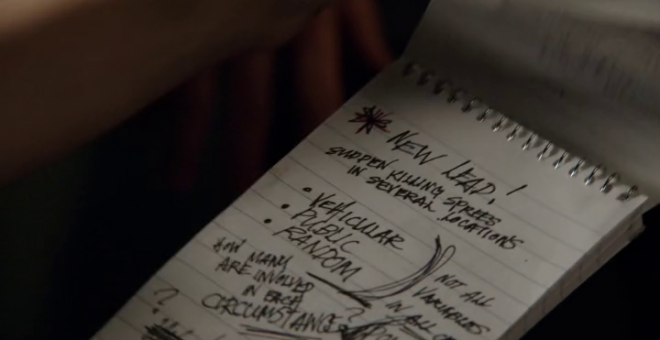 Liv and Clive puzzle over some of the rough notes the woman’s made: “Mr. Jackson,” “Mr. Richmond.” They can’t find evidence she knew people with either of those last names. Then they realize MR is actually shorthand for an old nemesis from a few episodes ago: the makers of the suspicious energy drink Max Rager. She was uncovering evidence the drink induced rage and insanity, and the company didn’t like it. 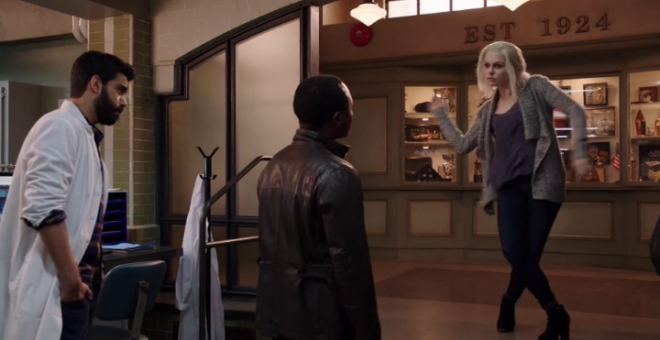 Ravi says, “You’re drunk.” Liv shoots back, “Yoh druuk.” Ravi thinks otherwise, and that she should leave. Liv retaliates with “if I were drunk right now, could I do this?” and spins around on her toe. “Actually I could do that if I was drunk, but not as well.” It’s moments like these where Rose McIver shines. If iZombie catches on the way it should (and that I want it to), she could be a bigger star in two or three years. 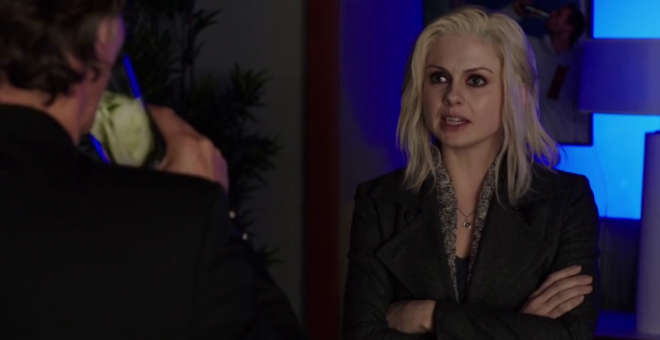 Liv marches right up to the Max Rager offices and tells the CEO of Max Rager, in person, that she knows what he’s been doing and that she’s going to bring him down. This may be the dumbest thing anybody’s done in this show to date. If you’re trying to gather evidence that a businessman and/or his business is corrupt, you don’t announce your plans right to his face first, unless you WANT to get punched in the noggin by an assistant wearing brass knuckles. 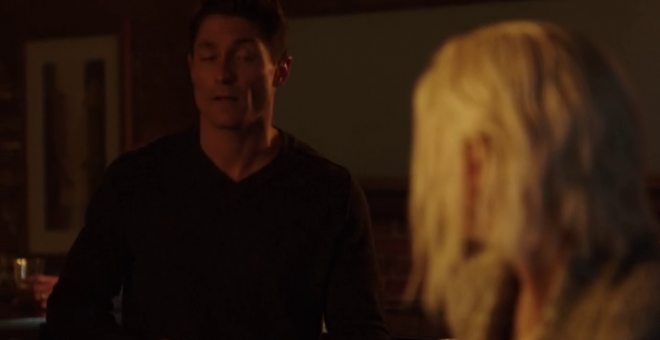 Sebastian Meyer is sneakier than Liv. He catches her drunk at the bar yet again and claims he knows of a second source. Liv does some digging and finds the boss’s secretary is willing to spill everything. When they agree to meet in an underground parking lot, Meyer is there too to kill them both.

Liv doesn’t go down quite so easy, being undead. She wakes up on Meyer’s boat in the middle of the river, as he’s dumping the secretary’s body to the bottom with a cement brick. Planning to do the same to Liv, he doesn’t anticipate her turning on Monster Mode and trashing him with the brick, then dumping him overboard. THEN, for good measure, she runs over his body with the boat propeller! She’s through foolin’ around!! 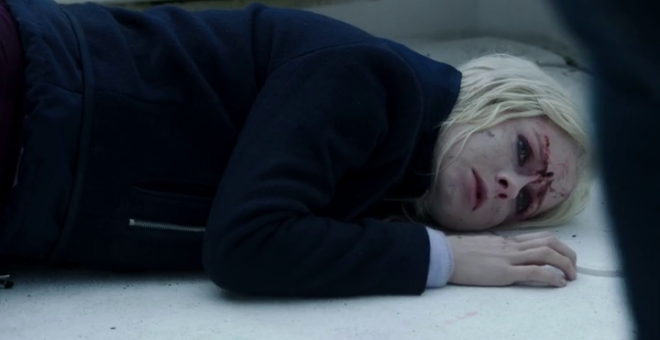 I do have to mention that while Liv is waking up, Meyer actually wipes some blood off her forehead in the middle of his villain rant and LICKS IT OFF HIS FINGER. Not only is this weird, it’s what keeps him alive through the whole ordeal. Well, not exactly “alive”…..

In our last scene, Major is at the psych ward, chatting with a support group, when a crazy-looking guy takes him aside and outright tells him zombies exist and that he just dealt with one. Will Major believe him? Will he be furious with Liv for just letting him rot here? Eventually, but for now, he’ll remain skeptical.