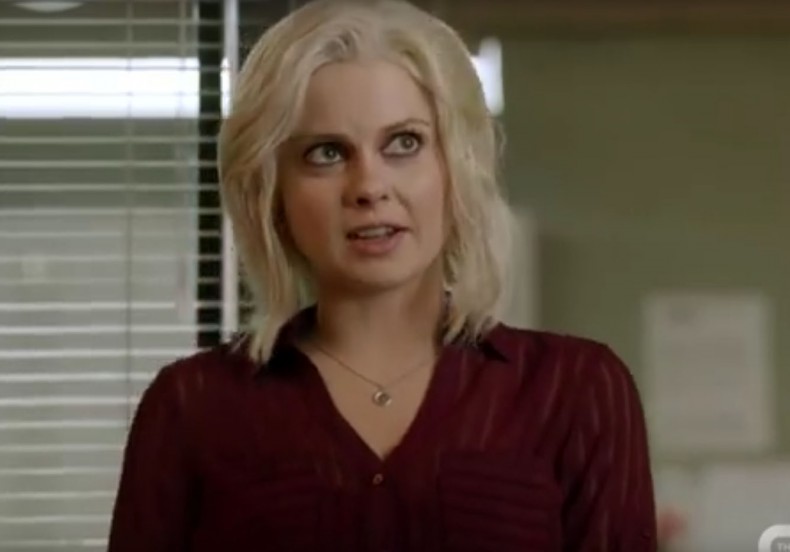 Can you believe we have to wait until February for another iZombie to air? It’s because of the upcoming Legends of Tomorrow, which The CW wants to promote into the ground. Several other shows like Supernatural have also had fresh episodes yanked so LoT can gain more attention. iZombie’s slot next Tuesday will be taken by a 60-minute promotional ad for the new superhero show.

iZombie will return on Groundhog Day with the eleventh episode of the second season, “Fifty Shades of Gray Matter.” This is the episode that Rob Thomas’s former protege Kristen Bell is reported to star in, though just in a voice-over role. The prevailing theory is that Bell winds up narrating Liv’s life after she eats the brain of the author described below in the official synopsis:

Here is the promo ad. We don’t get to hear Bell in this, unfortunately — you’ll have to watch to find out what that part’s about.

Once again, iZombie returns February 2 on The CW.