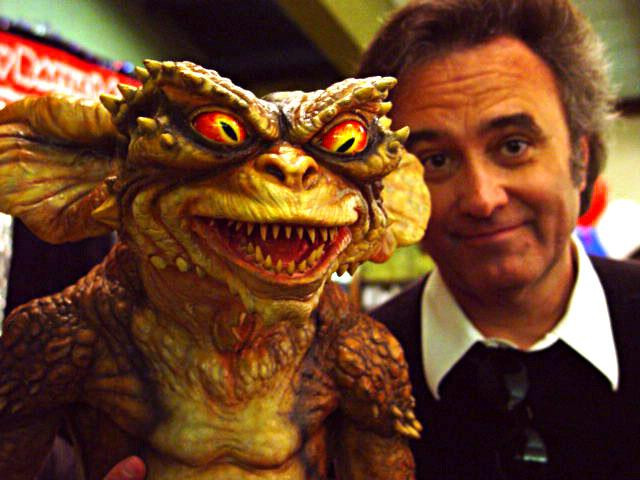 I can’t count how many times we’ve heard “a sequel to Gremlins is coming” or “a reboot of Gremlins is coming.” It’s always followed by silence, and it’s just as well. I don’t have much faith that Hollywood in its present form is capable of doing the series justice anymore. My favorite flick of all time is Gremlins 2, for the simple reason that I’ve never had so much fun watching a movie in my life.

Joblo.com’s website Arrow in the Head recently scored an exclusive chat with Joe Dante, director of the first two films. It’s a real pity Warner Bros. has never come back to get him for a third movie, because he knows what he’s talking about.

Joe knows the challenges involved in making a sequel that pleases audiences: “It’s not that I’ve washed my hands of it, it’s that no one has asked me to be involved with it, they want to do it themselves. Fine, maybe this will be the time the rumors turn out to be true. Or not. As you know, this has been going on for years now, there’s always a story that somebody has been asked to write or direct it, then something happens and they don’t do it. I don’t know if you have to take this with a grain of salt every time you hear about it. It’s a complicated project, carved of the expectations of, how much is it going to be like the original?”

Joe knows no one wants to see CGI Gremlins, but others may not accept puppets: “And the fact that the technology has completely changed; the first two movies were entirely dictated by the technology. The reason those movies are what they are is because of what we were able to do or not do. And now, you can do anything, anything you can imagine. The question is, why? Why do we want to make another one of these? And if we do, how is it going to be different from the first? If it’s so different, the people who liked the originals aren’t going to embrace it, you don’t want to do that. But, on the other hand, the technology is really outdated now. Are they going to look the same, are they not going to look the same? Do they have the same properties? There’s a lot of stuff attached to that franchise, and I think juggling it again is going to be a challenge.”

I doubt anyone else WB has hired is asking these hard questions, and that’s why the project keeps stalling. I know this is the man who made Looney Tunes: Back In Action, but when it comes to little green slimy guys, he’s a genius. It’s a pity.

Burying The Ex Trailer
Be the first to comment!
Leave a reply »