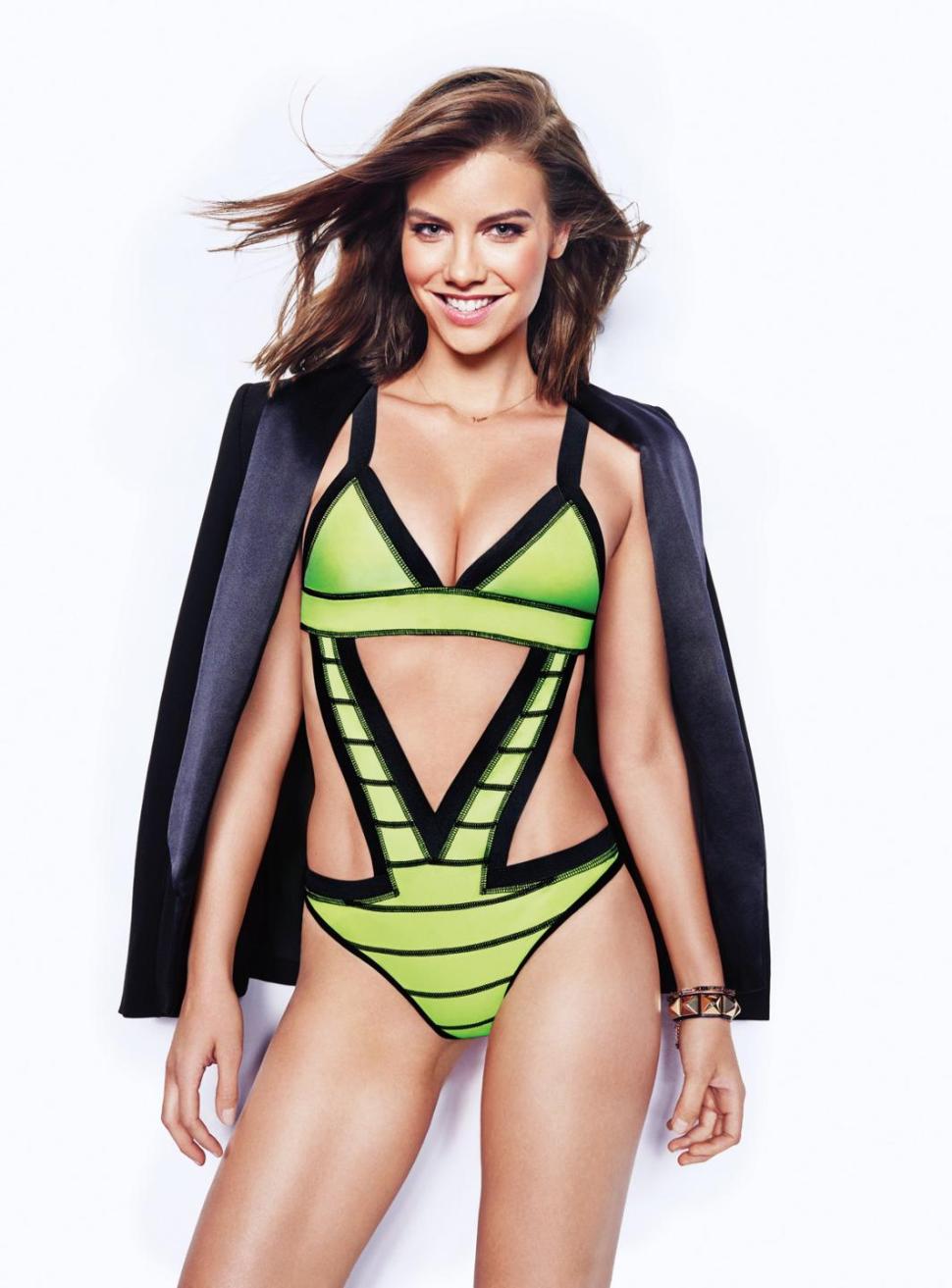 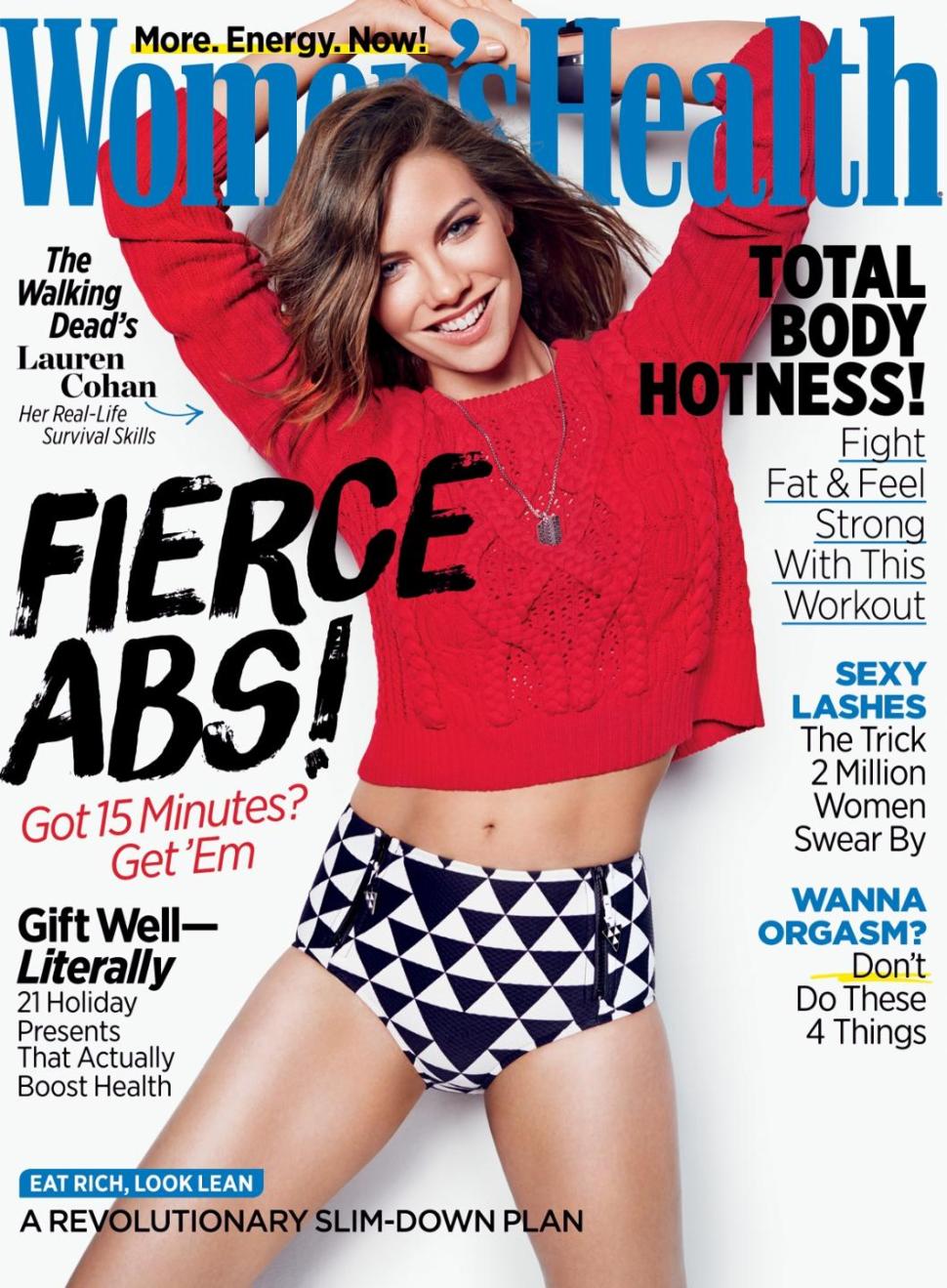 Walking Dead actress Lauren Cohan graces the cover of the December issue of Women’s Health. From the excerpts released by New York Daily News she handles the interview with wit, grace and class. And also wears a space bikini in the photoshoot.

Cohan tells the magazine that the intense situations of The Walking Dead have given her a better perspective on life.

“We have dealt with things every single day on this show that make the rest of life seem really, really calm,” she explained. “I think … that (it) gives me a real appreciation for when things are normal.”

And although Cohan is a star on a TV juggernaut, sweating it out in Atlanta helps one stay grounded.

“Georgia heat and zombies help that,” she said.

Cohan also had some interesting insight into the timeline of The Walking Dead and how as time goes by their world gets ever more different from our own.

“As we progress further and further into the show, it becomes a period drama (when) it comes to clothes, fashion and even weaponry,” Cohan said. “We have to have a cutoff of three years ago (from when the apocalypse occurred on the series).”

“We’re shooting a period drama that’s locked in a very recent but specific time,” she said.

The magazine will be on newsstands Nov. 18.