Lauren Cohan: ‘Maggie Knows No Limits at This Point’ 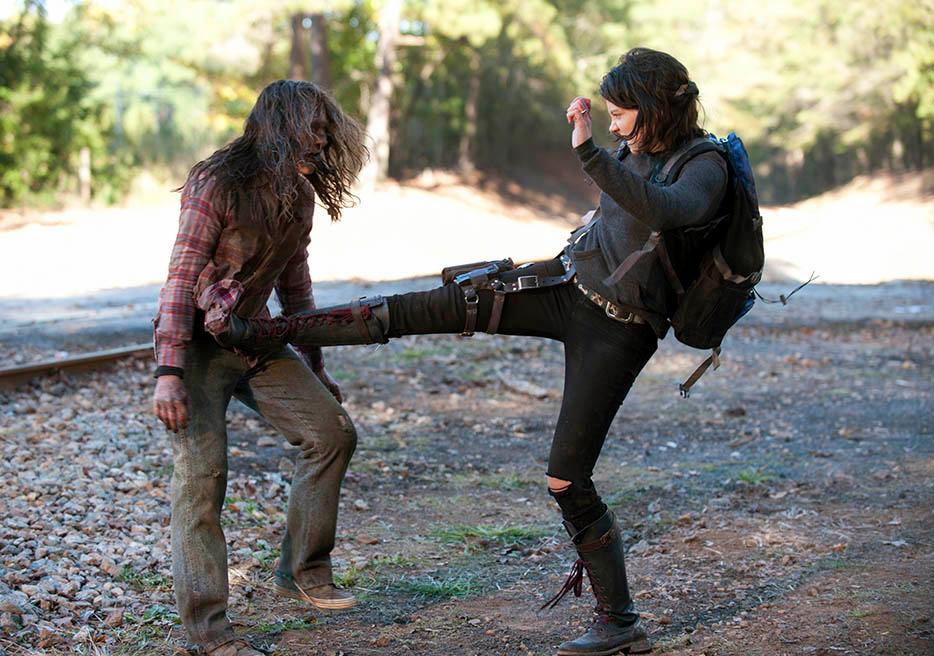 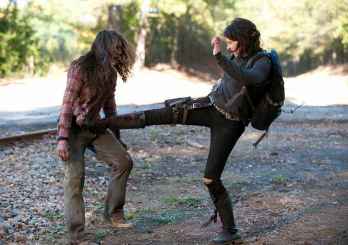 Lauren Cohan talked to the The Hollywood Reporter about the her The Walking Dead character Maggie, her desperate quest to find Glenn, and how she has to “put the warrior suit on” for a while, and some hints about future episodes.

Cohan told the paper that after losing Hershel and getting separated from Glenn, Maggie is at a point where her only way of taking out her frustrations is stomping as much walker ass as possible, as you can see in the picture above.

“What’s changed in Maggie is that recognition — it’s finding Glenn, but it’s also finding out who she is in her search for him and knowing despite all this despair, she is still an incredibly faithful person and she’s not going to leave anyone behind. She deeply knows in her heart that they are still alive and it’s going to be OK,” Cohan said.

That’s admirable optimism. Maggie and Glenn both ranked pretty high in our The Walking Dead Pool feature about who dies next.

Cohen wouldn’t say what the group would find at Terminus, just that looking for it is their best bet right now.

“It might be a bad idea, but we have no other option,” Cohan said.

Cohen also said that the time apart will only strengthen the Maggie and Glenn relationship. If they ever see each other again.

“I already think that they’ve been a pretty good couple, and that blip with The Governor when they were held hostage at Woodbury really strengthened them. If these two see each other, they are never, ever letting go again,” Cohan said.