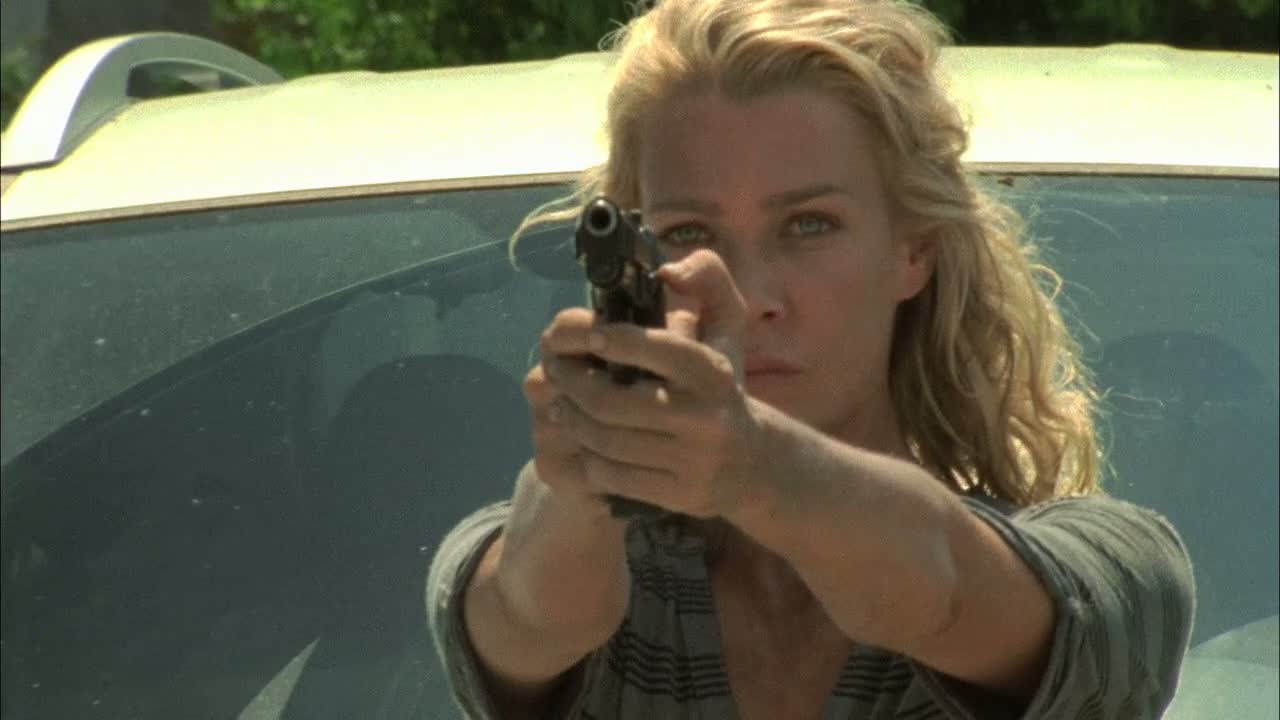 Although it had been previously reported that aurie Holden, our Andrea from The Walking Dead, had been one of several volunteers to help bust up a sex slave ring, we hadn’t heard exactly how she helped until the star spoke out on it herself.

In this interview with CBCNews, Holden said her role was to pretend to be a guest at a fake bachelor party that was really a sting operation set up to rescue 55 sex slaves from Colombia, at least some of which were as young as 12 years old. The sting was set up by Operation Underground Railroad, a Non-Governmental Organization that helps rescue sex slaves, and the Colombian authorities.

At the fake party at a rented mansion in Cartagena, Colomiba, Holden made sure no one would recognize her famous face.

“I had a pretty good disguise — I had a wig and glasses,” Holden said.

Holden was one of several women who were at the party to add realism to the sting, and she was tasked with keeping the girls distracted as the authorities arrived.

“We pretended we were having a big bachelor party, so my role was the girlfriend of one of the rich Americans, so I kind of had to sell them and the traffickers on the idea that I was a party girl, that I was there to have a good time with the guys,” Holden said.

Holden, who has also taken part in similar work to help sex slaves in the past, but none as large-scaled or potentially dangerous as this mission, which included armed personnel. Holden said it was important that women be present to avoid frightening the girls.

“When you’ve been sexually abused, no matter how wonderful they are, there is a fear of a man,” Holden said.

“I think having myself and this other lovely woman, Krista, who is a cross-fit trainer, we were like the motherly figures who were able to comfort them.”

Holden said she will continue to fight for the victims of sex trafficking.

“We live in a cynical world and there’s so much emphasis on money and success,” said Holden. “All that fame is great but, you know, why are we here?”

“We have to protect those who can’t protect themselves and it’s not about writing a check. That’s great, but I’ve seen [child sex trafficking] firsthand and I can’t get it out of my head, I’m just going to keep going until the day I die.”

A Night Of Anxiety In This Walking Dead Preview Clip

Teasers And Trailers From The Walking Dead Season 10

Everything We Know About The 2020 Walking Dead Spinoff
Be the first to comment!
Leave a reply »