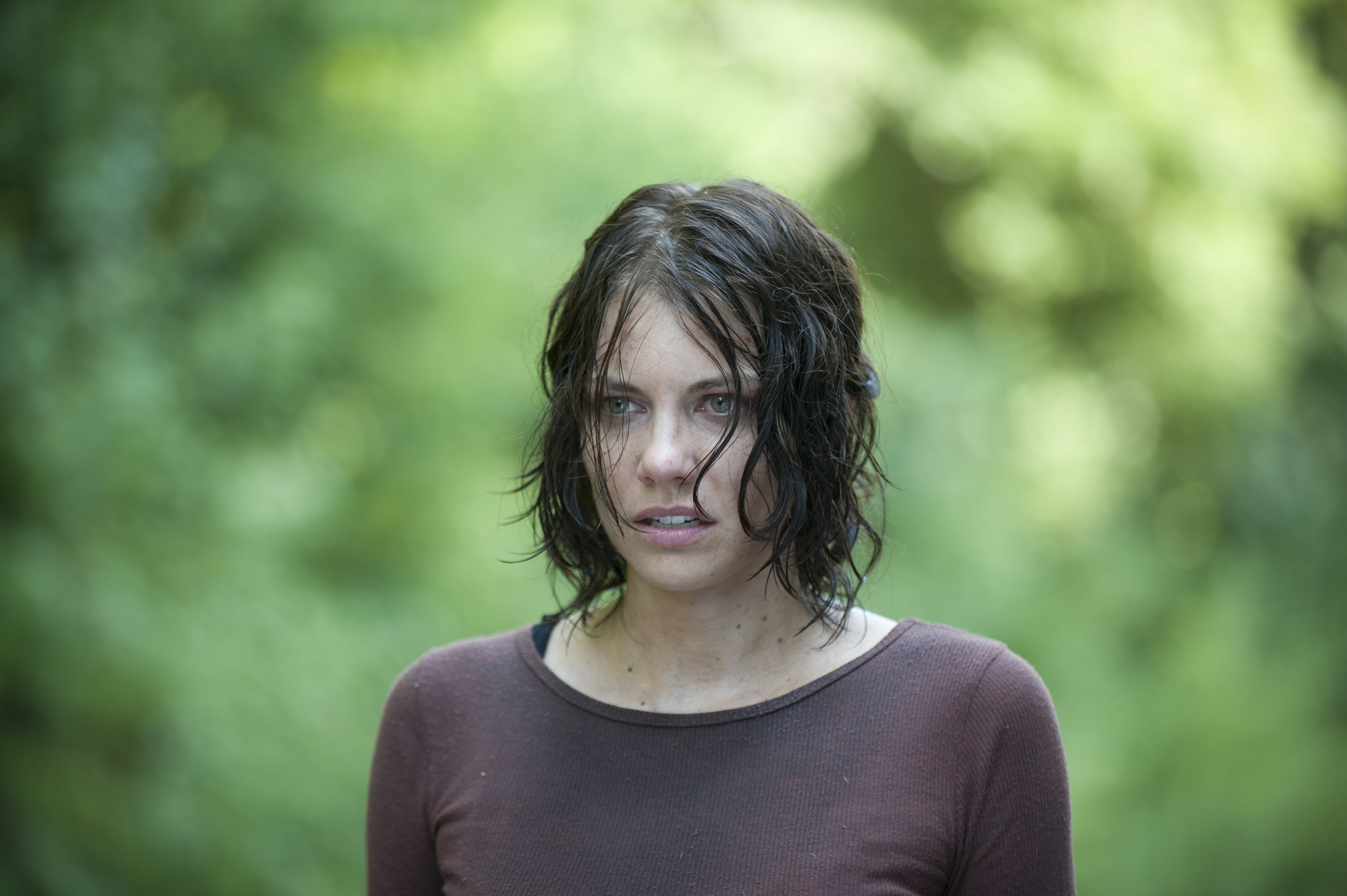 Have you noticed that the supposedly pregnant Maggie Rhee has yet to produce a baby bump after all this time? What gives?

Out of all the clips released for Season 8B of The Walking Dead (set to begin airing later this month), none of them depict a bulging belly on the character of Maggie, who first announced her pregnancy on an episode that aired November 8, 2015. At this point, not only are the fans seriously starting to wonder what’s up, so is the press.

Both showrunner Scott Gimple and actress Lauren Cohen have been asked about this. Gimple confirmed there were no plans for a baby in Season 8 but that they still consider her pregnant, and “anything’s possible.”

Most recently Robert Kirkman was confronted about Maggie during a Q&A session, and his half-joking answer indicated he himself thought it was ridiculous.

“She’ll start showing when people start showing, when she’s been pregnant for like 80 months. That’s how pregnancy works, right? I don’t do a lot of research.

“Time doesn’t really… it moves linearly, but it doesn’t move in clips that can be tracked. You may have seen that she’s been pregnant for two seasons, but those two seasons could take place over two months, just by Chandler Riggs’ continued aging. But there’s gotta be some suspension of disbelief.”

When you think about how events in The Walking Dead usually occur at a glacial pace — many episodes span only one day’s worth of time, if that — Maggie’s extremely prolonged gestation period would fit. But this would also mean she won’t give birth until at least Season 11. That one kid who yelled “Mom” in a crowded field of zombies will be shaving and driving at that point. The time discrepancy will be odd, to say the least.

Lauren Cohan May Be Dropping Hints At Maggie’s Future
Be the first to comment!
Leave a reply »