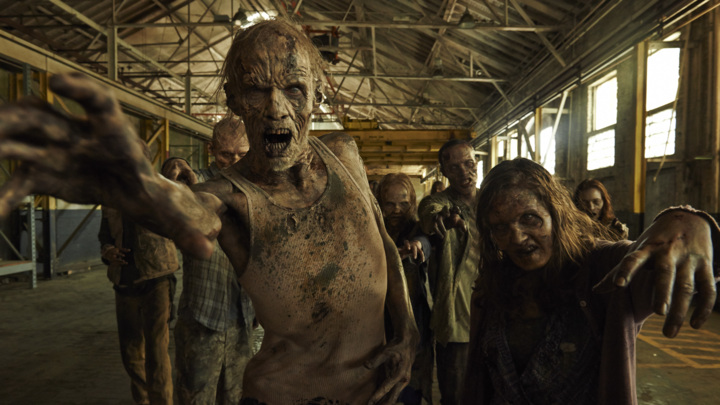 This is one for the ages, folks. Damon Perry, a 23-year-old man from New Mexico, has been charged with the death of his friend by beating. Perry blames a combination of the booze and marathoning The Walking Dead on Netflix.

He and Christopher Paquin, the victim who was also 23, were watching episodes of the series while drinking large amounts of alcohol. According to Perry, at some point due to his altered vision, his friend “began to change into a zombie.”

“Perry alleges the victim was attempting to bite him, so he reacted by brutally beating the victim,” says the official police statement. “Evidence of the scene showed the beating was not only carried out by Perry’s hands and feet, but also by several different items in the home, including (but not limited to) edged weapons, an electric guitar and a microwave oven.”

Perry then ran out and started threatening other residents with a knife. When police arrived to respond to the disturbance, they found Paquin’s body in Perry’s apartment. Perry has been arrested and is now being charged with first-degree murder. He currently resides in the Cibola County Detention Center.

It’s okay to enjoy The Walking Dead, but remember to enjoy it responsibly.