Many Classic Maps Will Be Revived For Black Ops 3 DLC 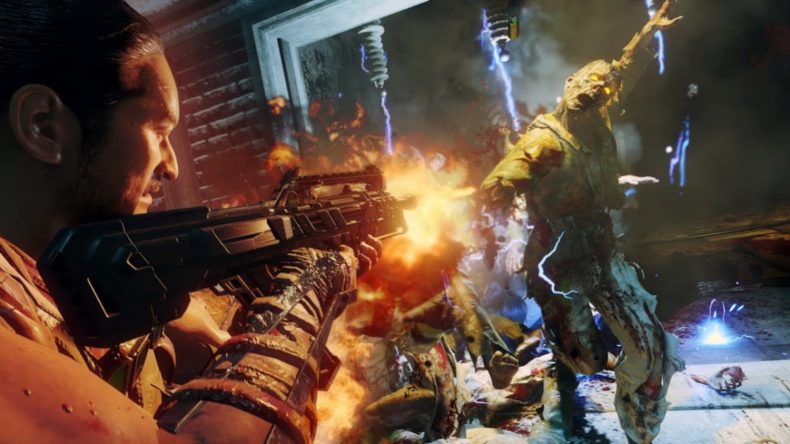 It won’t be long now until Call of Duty: Black Ops 3 gets its official release, and as is the usual case, Activision will be keeping the game fresh all year by introducing DLC packs until whatever is in the works for Fall 2016 comes out. The company hasn’t officially announced their DLC plans for Black Ops 3, but an XBox.com listing for the Season Pass reveals Treyarch plans to remake several older maps from past COD games they had a hand in, including the two previous Black Ops games and World At War, and offer these as part of the DLC packs.
We already know of at least one. The official trailer for “The Giant” came out today — it’s a new version of the “Der Reise” map from World at War, and everyone who preorders Black Ops 3 will get it for free. Set on a research facility, it will include the weapon-upgrading Pack-a-Punch Machine, Teleporters, and Hellhounds, as well as lots of zombies. Storywise it continues the Origins story of characters Dempsey, Nikolai, Richtofen, and Takeo.

There will be more remakes to come, but not if you’re using the 360 or the PS3 — Treyarch has hit the limit of what can be done with older consoles and neither the “Giant” map or the Season Pass will be offered there.
Call of Duty: Black Ops 3 and the “Giant” map come out for consoles and the PC November 6, 2015.