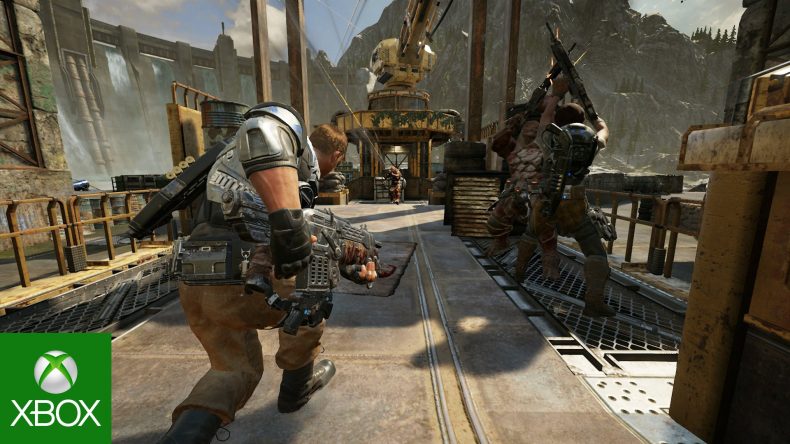 How you layout a game, and the way that players can interact with it can be very important to gaming titles. For Gears of War 4, the team at Coalition took special time to figure out how to layout their maps in both single-player and multiplayer. This included, as they note in a developer blog, listening to what fans wanted from the game:

Michael Shannon: One of the things we heard from the community was that there was too much emphasis on close quarters combat. What we found is this resulted in less of the traditional Gears ‘fronts’ that naturally form in prior Gears games.

Garrett Metcalf: We really want there to be a fine balance between rifle and Gnasher combat in Gears 4, so this definitely got our attention to ensure support play and crossing are a key part of the game.

Octus: Interesting. So how did you take these learnings and apply them to your design philosophy?

Garrett Metcalf: Looking at the three Beta maps, we found that we blocked too much of your line of sight – while we originally wanted to separate fights, the Beta showed us that allowing for overlapping fights and open lines of sight increases support play, the importance of positioning and make those Gears fronts pop. We’ve made changes to each of the maps to bring this type of gameplay out.

Michael Shannon: We want players to earn their flanks, so that the solution to every front isn’t just a quick flank that forces an opponent to move.

Octus: We had a lot of feedback from the community with regards to spawns. What’s changed since Beta?

Michael Shannon: The fan feedback really helped us in improving the placement of our opening spawns. On Dam, for example, we found spawn camping was happening because you couldn’t get to the really valuable cover to help you push out before your spawn protection wore off. We’ve now moved those spawns closer to the cover to provide you that opportunity, and taken those learnings to our other maps.

Gears Of War 4 To Have More Refined Movements
Be the first to comment!
Leave a reply »