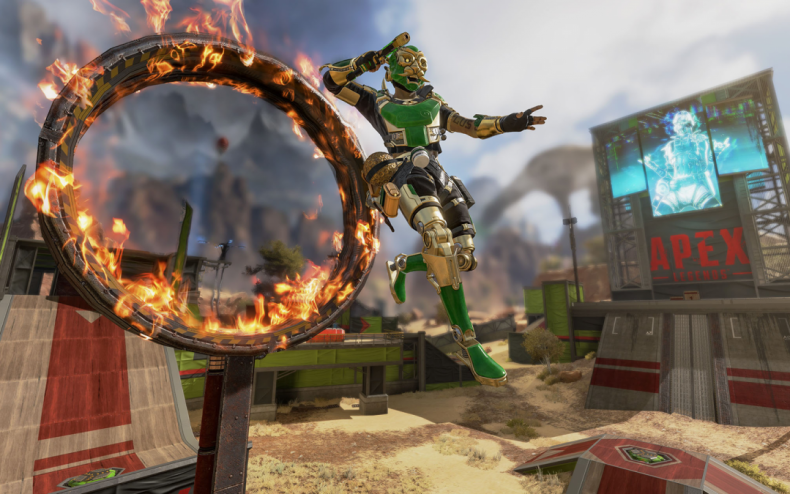 Solo mode is just the beginning….what did Apex Legends add in their big update today? And how does it all set the stage for the Iron Crown event?

The most noticeable change relating to Iron Crown is the new map area located in Kings Canyon’s southwest: The Gauntlet. This Octane-themed area has ramps, jump pads and a centerpiece ring of fire, which you’ll have to successfully jump through at least once if you want to complete all of Iron Crown’s challenges.

There are also some exclusive knight-themed cosmetics that will only be available during Iron Crown, but unfortunately, they’re paywalled. Each pack costs a ridiculous 700 Apex Coins, or $7 of actual cash, to obtain, and since they’re inside loot crates there is no guarantee you’ll even get what you want. Our advice: skip the stupid things.

The Iron Crown event is now live on all platforms and will last through August 27. Respawn’s full patch notes are below.