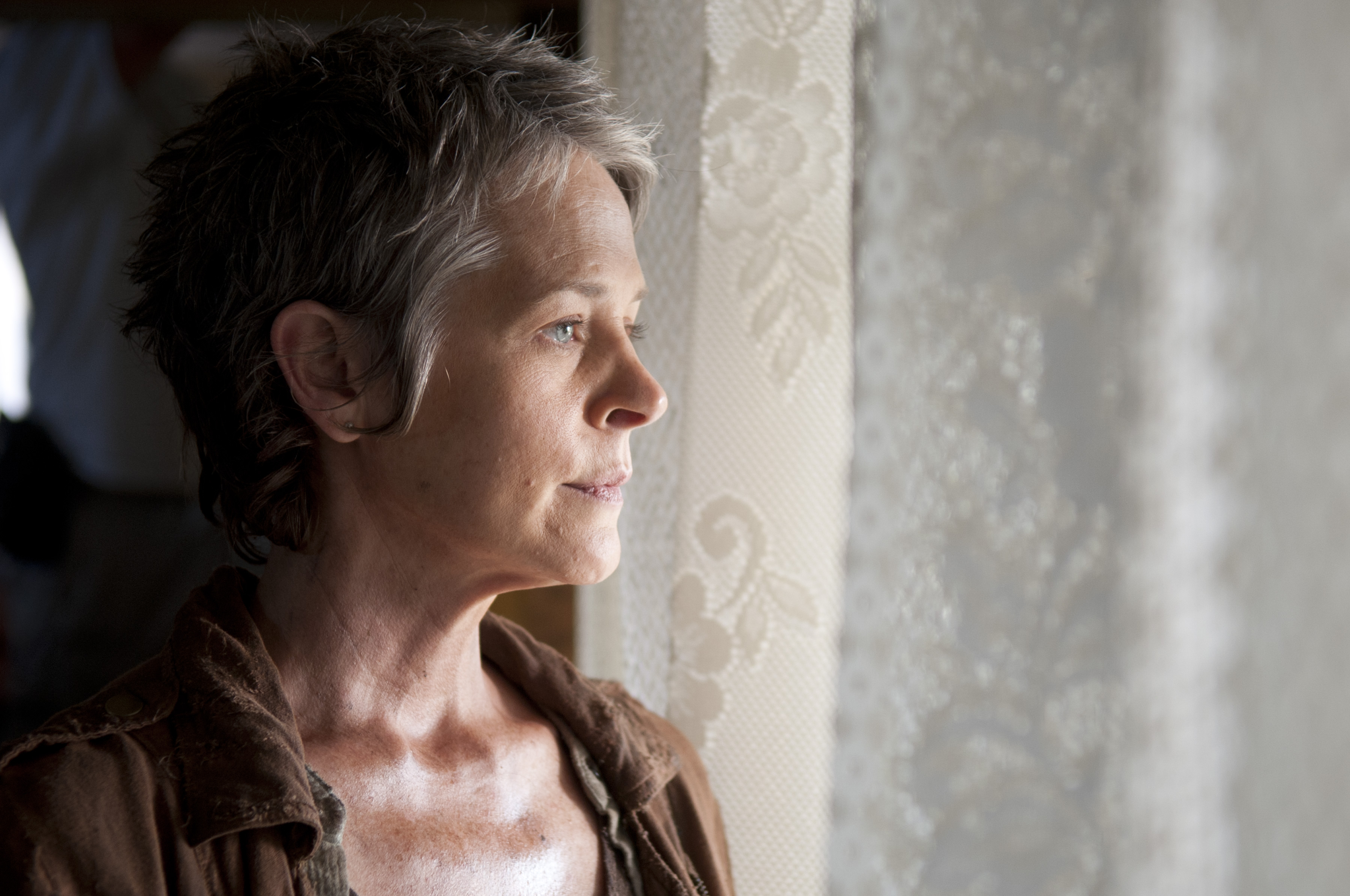 Melissa McBride’s amazing work in The Walking Dead episode “The Grove,” and in the show in general, has not gone unnoticed.

McBride has been nominated in the Critics’ Choice Television Awards ”Best Supporting Actress in a Drama Series” category. McBride’s nomination is The Walking Dead’s only nomination in the awards.

In her category McBride will be up against some A-list talent from other hit shows, including another popular show on AMC:

The Critics’ Choice Television Awards is the award show of The Broadcast Television Journalists Association. The awards will be hosted by actor/comedian Cedric the Entertainer and shown live on The CW Thursday, June 19, 2014 (8:00pm ET/8:00pm PT).