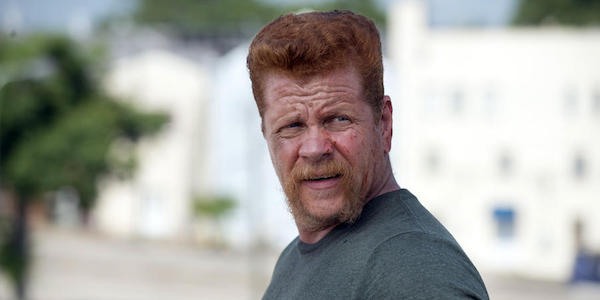 Michael Cudlitz, the guy who plays Abraham on The Walking Dead, has had an interesting week. When he was asked by Yahoo TV about spoilers, he blasted out the most blunt opinion anyone on staff has given to date:

Guess what? You don’t get to know, and you don’t know. Anything anyone is reporting out there is pure speculation unless they are getting information from someone who is in the cast or who is working for the company. If that’s the case, then they’re f****** a******* anyway. You just ruined it for people who don’t want to know.

Then, when asked by the website Pop Sugar if Fake Doctor’s death would still be affecting the crew, he said this (SPOILERS in case any of it turns out to be accurate):

Her death spurs on a whole bunch of other stuff, and then the audience knows that Abraham will continue for a while now. Now we get to see what a world with Negan and Abraham both in it will be like. That’s something we don’t see in the graphic novels. So a lot of cool stuff happens. For me, knowing that his potential death had come and gone, it was a moment to go, ‘Oh cool, they really aren’t going to stick with what the graphic novel does.’ As a fan of both the novel and the show, it was cool.

It’s possible that when he said “come and gone” he was referring to the moment of Abe’s death in the comic book (which is the fate Denise got instead). But “Negan and Abraham both in the same world” is harder to misinterpret. Maybe it’s a red herring, planted on purpose. From the first comment, Cudlitz seems the type to intentionally plant something wrong just to mess with overzealous fans.

Abe is still one of the most likely candidates for Negan’s bat, being the one who could stay silent and “take it like a champ.” October 23, the date The Walking Dead returns to AMC, is still a long way off.

Michael Cudlitz on Abraham Ford: a Man, a Mission, a Mustache (Spoilers)
Be the first to comment!
Leave a reply »