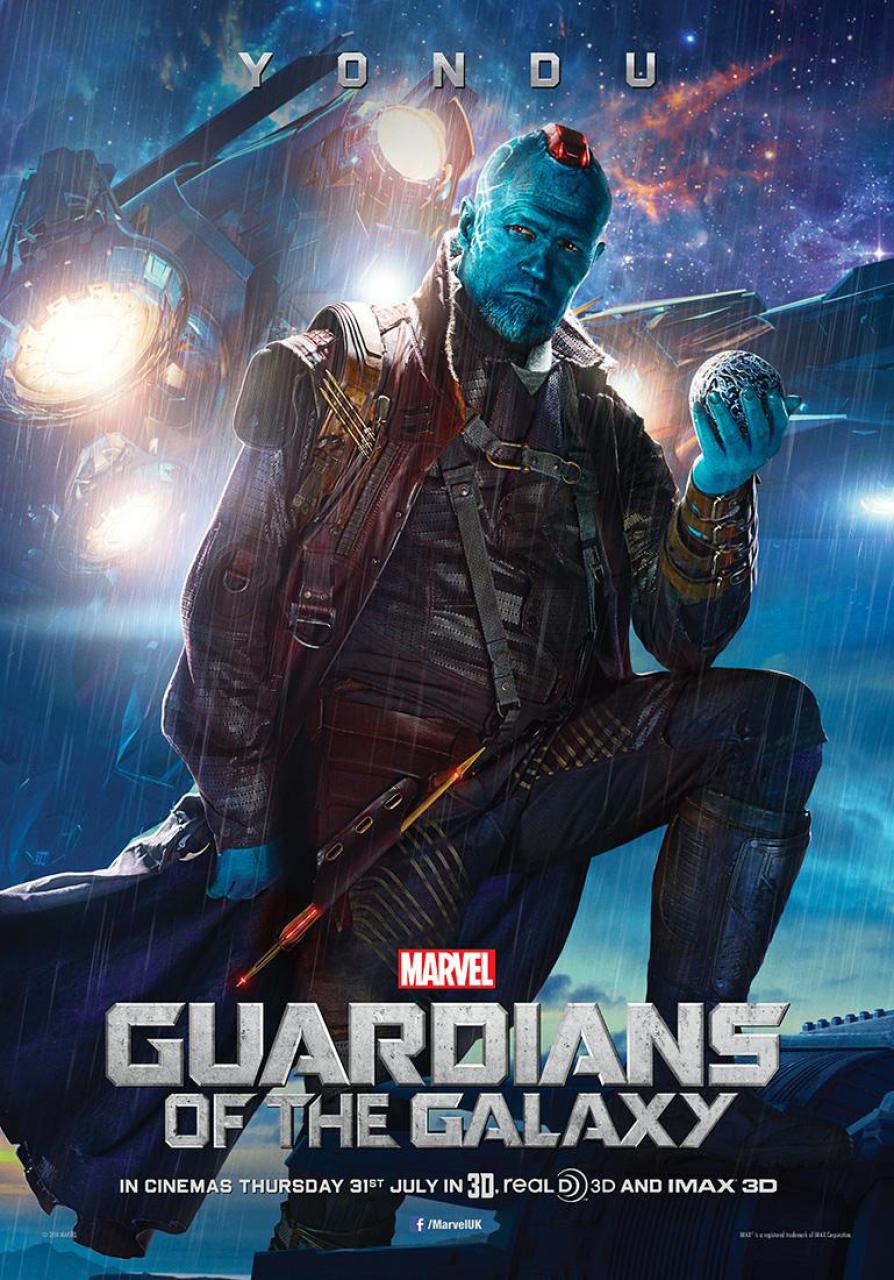 Michael Rooker’s character Merle on The Walking Dead was not, by any stretch, a nice person. But you couldn’t help but like him a bit anyway, and that all came down to Rooker’s deft performance.

That seems to be why Rooker was hired to play Yondu, a blue-skinned Centurian bounty hunter in the Marvel Studios film Guardians of the Galaxy, which opens Friday. Yondu is also about as far as you get from sugar and spice.

“I don’t know why, I don’t know how, but it seems like I can be a real — dick! And people still like me. It seems like I have this little knack, so he sort of wrote that with Yondu in mind and myself in mind, this ability to sort of be abusive verbally, or whatever. [Laughs] Even physically, and still have the audience forgive and enjoy what’s going on on-screen, and like it enough that they don’t really care if you’re really not a nice person,” Rooker told CBR.

To play Yondu, Rooker is covered in blue makeup and prosthetics, but he says he doesn’t let that influence his performance.

San Antonio Current also had a nice indepth article with Rooker in advance of the film. The full article is great, well worth a read, but here are some highlights.

Rooker said that when Merle sacrificed himself to give his brother Daryl a better shot, he did something that resonates with the fans.

“I think Merle had a little bit of everybody in him. All of us can be not the nicest people in the world, but we all have this inner core when it comes to family that everybody can relate to, and we all wanna think that we would pay the ultimate price for one of our loved ones. That struck a real chord, and I think because of that this character has become even more popular after his death than he was during his life on The Walking Dead,” Rooker said.

Rooker said he disagreed with killing off Merle, but he had a lot of input into how Merle died, making sure that Merle was “softened up” by the Governor’s men first because the Governor could not beat Merle in a fair fight. He also said Merle’s line in his death scene, “I’m not going to be you for nothing,” is not directed toward the Governor. It was a callback to the third episode of the series when Merle is handcuffed to the roof, and it was ad-libbed by Rooker.

“That was exactly what it was for — it was directed toward God, no one else. Not the Governor, not anyone. He knew he was finished, and there was no way he was gonna get out of this. So at that moment in time, he’s talking to his Maker. He’s still not gonna beg, even at that final moment. And you know, I threw that in. It wasn’t in the script. I threw that in because I knew what I wanted to do, but I hadn’t told anyone. I was trying to find the right moment to lay it out there, which was right before my death, and that was pure and simple ad-libbing,” Rooker said.

Rooker also talked about Merle’s relationship with Daryl. He said the way Merle treated Daryl, was, in his way, done to protect him.

“I think the reason for that was always to make Daryl stronger, to make him able to take any kind of punishment, verbally or physically. We learn that Merle’s already been made to take a lot of punishment by the dad, they were both abused by their father. So we know that Merle’s back is just as marked up as Darryl’s back. He’s got to protect him somehow, he’s got to make him tougher. It’s that older brother thing, you know?” Rooker said.