The Military’s Real Plan to Fight a Zombie Invasion 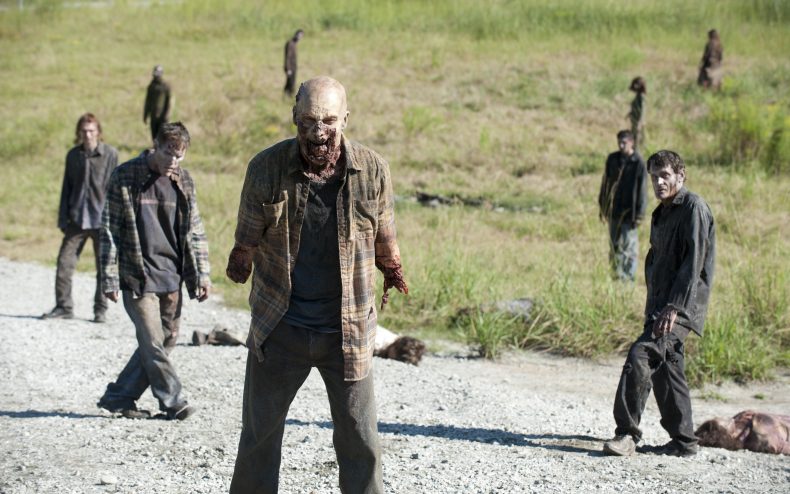 This will either make you impressed that it’s prepared for everything or annoyed that officials have too much time on their hands, but the Pentagon has a plan to fight the zombie apocalypse. A detailed one. It even covers all kind of zombies, including evil magic zombies.

According to foreignpolicy.com, the plan, called CONOP 8888 says:

“This plan fulfills fictional contingency planning guidance tasking for U.S. Strategic Command to develop a comprehensive [plan] to undertake military operations to preserve ‘non-zombie’ humans from the threats posed by a zombie horde. Because zombies pose a threat to all non-zombie human life, [Strategic Command] will be prepared to preserve the sanctity of human life and conduct operations in support of any human population — including traditional adversaries.”

Does this mean the U.S. Government thinks a zombie attack can really happen? Not really. Zombies were seized upon as a topic for a training document because they make a great generic attack, because it makes an otherwise dry document more interesting, and because there’s less chance of people thinking training exercises involving zombies are real and freaking out than if you used, say, a pandemic or terrorists.

“Planners … realized that training examples for plans must accommodate the political fallout that occurs if the general public mistakenly believes that a fictional training scenario is actually a real plan,” the authors wrote, adding: “Rather than risk such an outcome by teaching our augmentees using the fictional ‘Tunisia’ or ‘Nigeria’ scenarios used at [Joint Combined Warfighting School], we elected to use a completely-impossible scenario that could never be mistaken for a real plan.”

The idea is similar to a recent public awareness campaign by the Centers For Disease Control, which also found zombies great fodder for training and education purposes.

“Although it sounds ridiculous, this is actually the only proven class of zombie that actually exists,” the plan states. So-called “CZs” occur when old hens that can no longer lay eggs are euthanized by farmers with carbon monoxide, buried, and then claw their way back to the surface. “CZs are simply terrifying to behold and are likely only to make people become vegetarians in protest to animal cruelty,” CONOP 8888 notes.

The planned response to zombies draws heavily from zombie movies and books and includes evacuations, possible bombing runs, protecting nuclear sites, shooting them in the head and burning them as the only way to be sure they are dead, and lots of hand sanitizer because why not?

Wanna read the whole thing? Check it out here.

The Battery Due On Blu-ray And DVD

Sasha Would Not Head South In A Real Zombie Apocalypse

The Snacking Dead Cookbook Inspired By The Walking Dead
Be the first to comment!
Leave a reply »