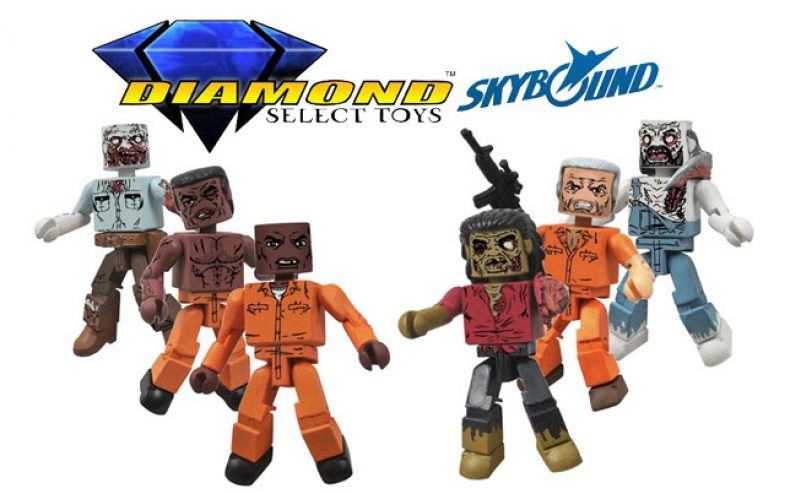 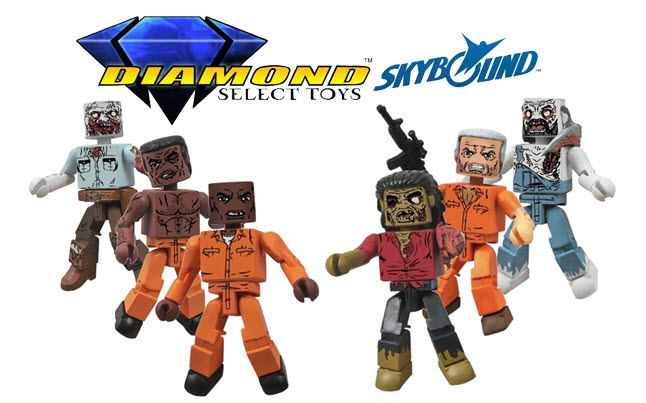 There is a third series coming in The Walking Dead minimate collection by Diamond Select Toys. This toy series will be focused on the prison that has become well known in season 3 of The Walking Dead. Robert Kirkman, the man behind the comic, will also be judging a video contest using previously released minimate toys. Listed below are some of the cool toys you can check out in series 3 of the minimate collection.

Also, besides the announcement of the newest minimate collection, they are offering a video contest using the first two series of the minimates. There is more from the press release below from Skybound Comics.

Diamond Select Toys, the leader in toy manufacturing for the comic book specialty market for 2012, andThe Walking Dead creator/writer Robert Kirkman and his Skybound imprint at Image Comics bring youThe Walking Dead Series 3 Minimates coming this Spring, based on Kirkman’s Eisner Award-winning, groundbreaking comic book series and graphic novels. To celebrate, Kirkman and Diamond Select Toys will judge a contest featuring fan videos utilizingThe Walking Dead Minimates toys already available. The videos should tell an original story based on the universe ofThe Walking Dead, the leader in all original graphic novels for 2012.The Walking Dead 100 was the year’s top selling issue of any comic book for 2012. Each video should be no more than 60 seconds in length and the winner will receive a personally autographedThe Walking Dead Compendium and an autographed set ofThe Walking Dead Minimates Series 3 set. All videos will be the property of Skybound and the winning video will run on www.Skybound.com with the winner’s name. The contest will end on February 5th and the results will be announced February 10th on www.Skybound.com.

THE RULES: Use The Walking Dead minimates to create a cool video. The video should be no more than 60 seconds long. Post the video on YouTube and then email the video link to contests@skybound.com. The best video as selected by Robert Kirkman will receive a signed The Walking Dead Compendium, Vol 1 and a set of signed The Walking Dead Series 3 Minimates. The deadline for entries is February 5th at 11:59pm PST. The winning video will be announced on February 10th at 10:00am PST on www.skybound.com. Any questions regarding the contest, please send them to: contests@skybound.com

A big fan of The Walking Dead television series. In my spare time I enjoy blogging and simply hanging out. Oh and lets not forget, Go NY Giants!
You might also like
diamond select toysPrisonMemorabilia

The Rick Grimes Bank from Skybound and Diamond Select Toys
Be the first to comment!
Leave a reply »