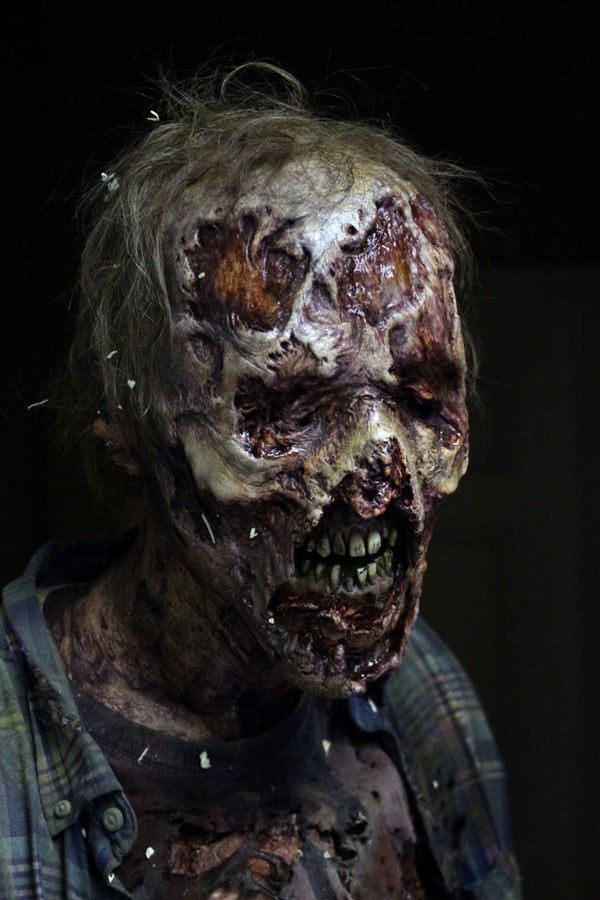 Here are some more candid snapshots of the Walkers Rick and his group of survivors will be running into this fall on season 6 of The Walking Dead. Again, they come from AMC and Greg Nicotero, who has promised more Walkers in the season premiere than in any previous episode. And he’s on a creative streak! 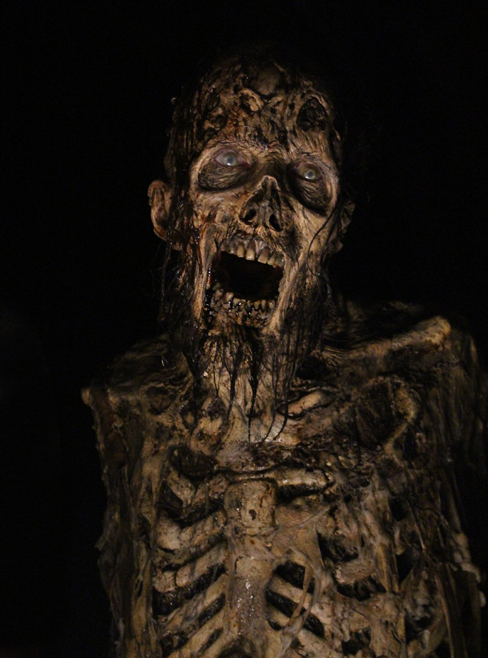 Nicotero has said the state of decay on the average zombie would get worse and worse as the series progressed. At the same time, though, he also vowed never to outright use skeletons; that it couldn’t be considered a zombie if it didn’t contain some meat, no matter how rotten. It feels like he’s gone back on his statement with Mr. Skullhead here. 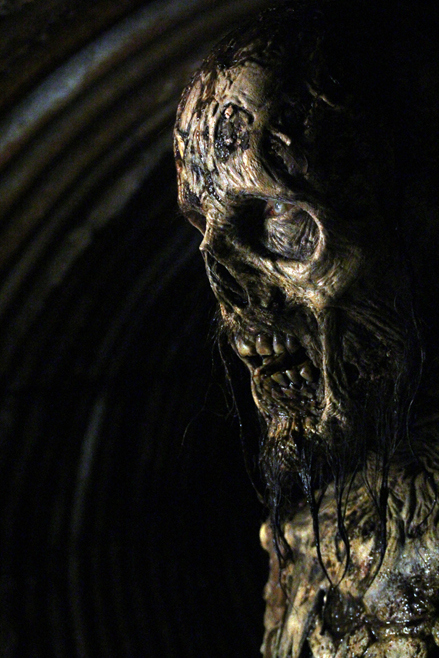 Similar situation here. Maybe this is the same zombie, actually. 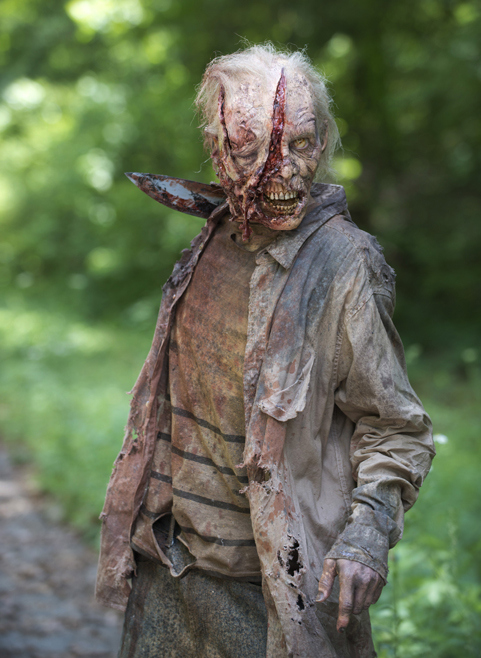 At least this one’s still meaty, and so far, it’s my favorite of the four that have been revealed so far, for the reason that it comes with a clear story. It got into a conflict with someone, someone armed. It got in the person’s face, they slashed it pretty hard, then stuck the blade in the neck for good measure — and of course it didn’t work because you have to attack the brain directly. Whether the attacker became a meal after that is up to you.

Look for more Walkers during the Walking Dead Season 6 premiere this October.