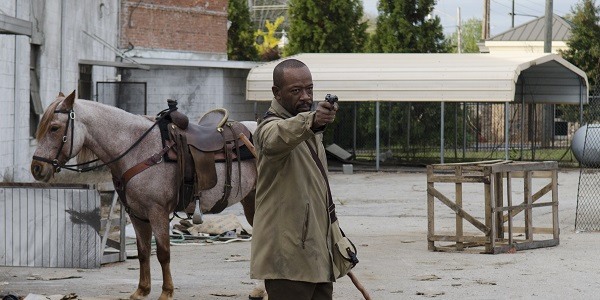 A head-scratcher of a casting call has been posted by the Walking Dead crew. Last week a notice was sent out asking for auditions for a chaarcter named “Brion.” (The link has since vanished, so just take our word for it.) This name occurs nowhere in the comics, but it gets stranger.

Brion is described as an “educated, poker-faced leader” who remains confident in any situation and never lets their emotions rule their decisions. If they mean “leader” literally, there aren’t many options. We’ve already met Negan. and Ezekiel has already been confirmed as the leader of the Kingdom. Other leaders show up in the comic eventually, but not until much later.

But all hope of figuring out who Brion is was dashed with this next bit: they are considering both males AND females when casting this character. If this was a character from the comics at all, the gender would be predetermined. Brion must be original.

As for why the series would need the appearance of a fourth gang of survivors, that is beyond me. With Team Rick, Team Negan and Team Ezekiel, plus this new gang, the post-apocalyptic world is getting overpopulated faster than expected.

Brion is scripted to make his/her appearances during the 10th and 12th episodes, and possibly the season finale. Season 7 begins October 23 on AMC.