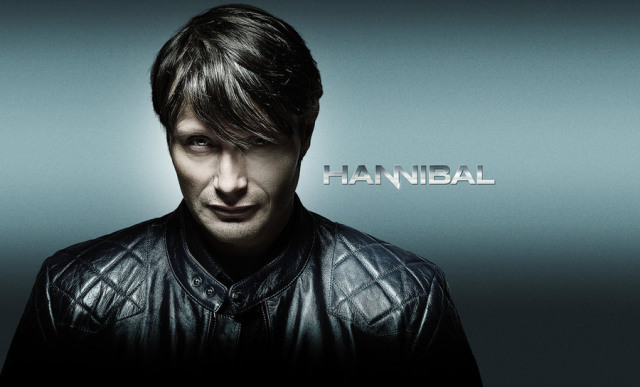 NBC sent an announcement to the press this morning. It was partially to announce a date for the return of Grimm (October 30, late as always) but it was also to announce that Hannibal has been…..cancelled.

This news will probably come as a surprise to no one. The prequel to the hit movies about a charismatic young cannibal was unexpectedly well-put-together, but its ratings have always been lower than low, and debuting the third season in the summer was just asking for the bottom to hit. Showrunner Brian Fuller offered these condolences to fans:

“NBC has allowed us to craft a television series that no other broadcast network would have dared and kept us on the air for three seasons despite Cancellation Bear Chow ratings and images that would have shredded the eyeballs of lesser Standards & Practices enforcers,” Fuller said in a statement. “Jen Salke and her team have been fantastic partners and creatively supportive beyond measure. ‘Hannibal’ is finishing his last course at NBC’s table this summer, but a hungry cannibal can always dine again. And personally, I look forward to my next meal with NBC.”

No panicking! It’s important to remember in this digital age, all is not lost. Hannibal has always felt out of place on network TV, and it would be the perfect pickup for a cable outlet that needs buzz from critically acclaimed shows to stay relevant, hip and in the basic cable package. There are also several streaming options these days, several of which would be a good home for the show. It’s not surprising that Hannibal was cancelled. It WILL be surprising if no one else wants it.

Robert Kirkman: NBC Wanted to do The Walking Dead Without Zombies
Be the first to comment!
Leave a reply »