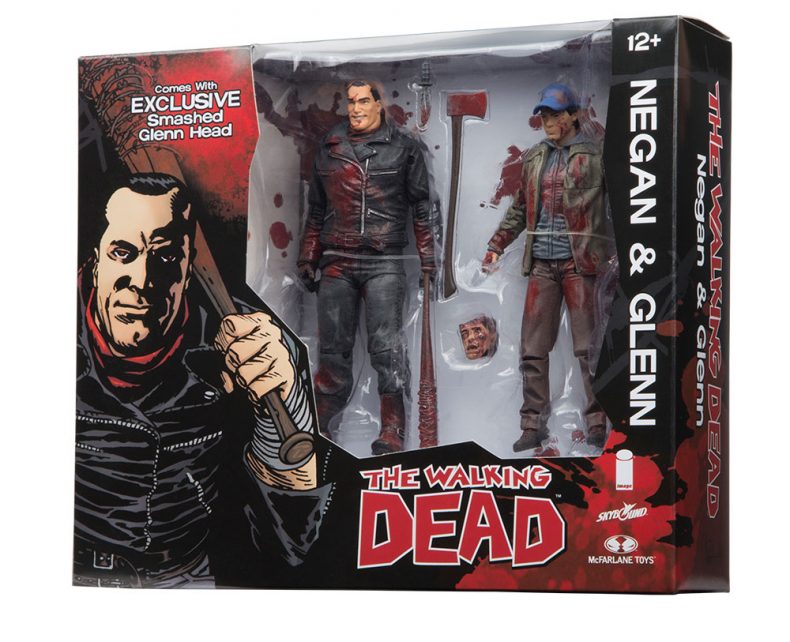 One of The Walking Dead’s most famous moments will be immortalized in plastic soon as MacFarlane Toys prepares to offer the Negan vs. Glenn package at San Diego Comic-Con. The pair will come in one box and be exclusive to the convention. As you can see on the package, it “Comes With EXCLUSIVE Smashed Glenn Head!”

To be clear here, this is based directly on the comic and has nothing to do with the show at all. If the identity of Negan’s TV victim was revealed THIS way, AMC would come at MacFarlane Toys with bazookas. 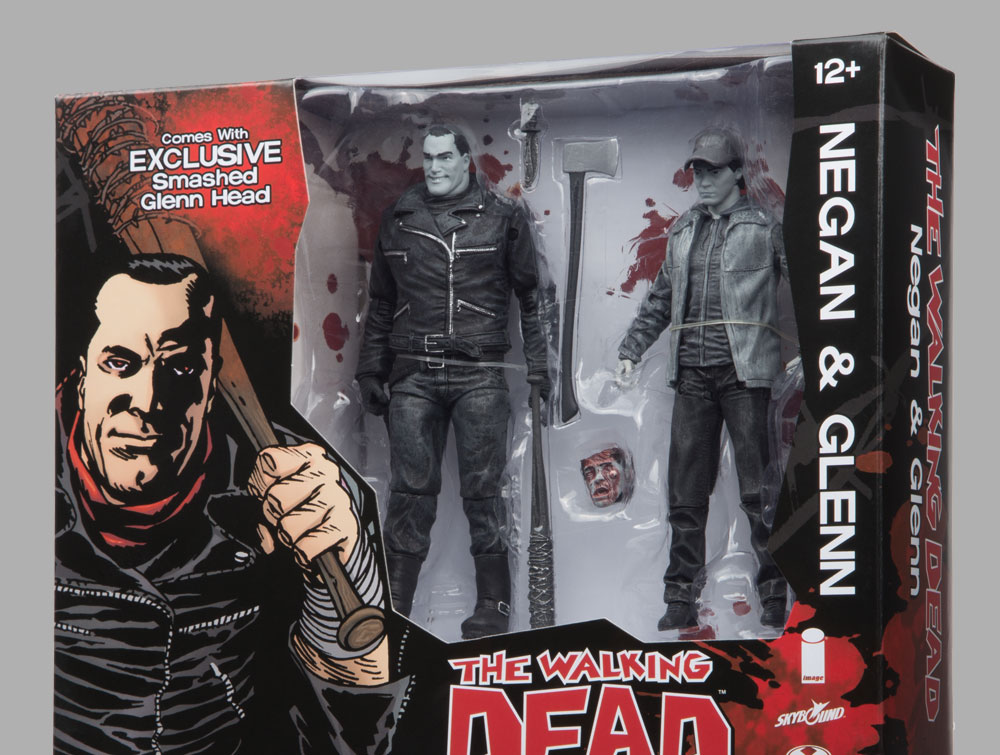 And how’s this for dedication: you’ll be able to buy the figures in either color or black-and-white versions! Though, strangely, the interchangeable Smashed Glenn Head will still be in color.

MacFarlane Toys and Skybound Entertainment will be selling these only at Comic-Con for $50. For extra Kirkman saturation, they’re also offering a watch branded with the Outcast logo: 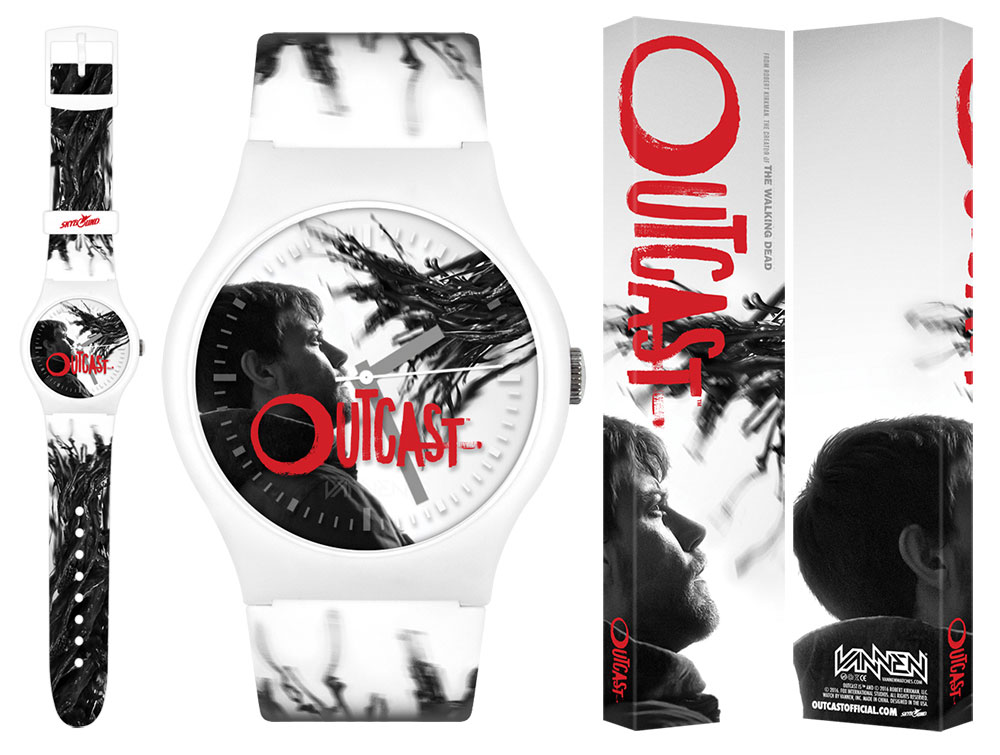 Giant Rick Grimes Can Be Yours For $400

The Walking Dead Action Figures: Pre-Order now!
Be the first to comment!
Leave a reply »