Negan’s Backstory Could Be Revealed In Season 7 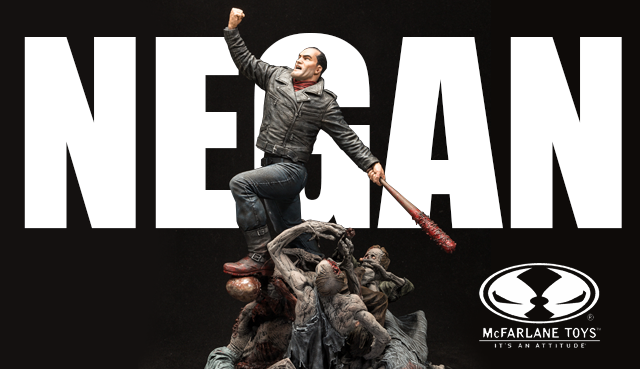 Jeffrey Dean Morgan didn’t tell EW everything about Season 7 during their cover interview last week, but he did let this much slip: “We’ll find out how Negan has come to be who he is.” Oh really?

“We’re going to get some backstory very quickly on how the Saviors operate and how Negan operates,” Morgan said. If this is true, it marks a departure from how Kirkman handled the first few storylines featuring the character.

In the comics we had to wait a while to find out anything about Negan, how he became the leader of the Saviors or what made him such a bastard. There was a reason for that: the less you know about an imposing figure, the scarier it becomes.

If the showrunners behind Season 7 decide to give us flashbacks of Negan’s past right now (getting beat up by bullies, tragically losing a loved one, eating a turtle, etc) they risk taking some of the edge off of him. But then again, I’m judging by the tone of flashbacks we’ve already seen. Morgan does say the backstory would be filled in “very quickly,” so perhaps his past will be glossed over, rather than revealed entirely.

The Walking Dead returns Sunday, October 23 at 9 on AMC