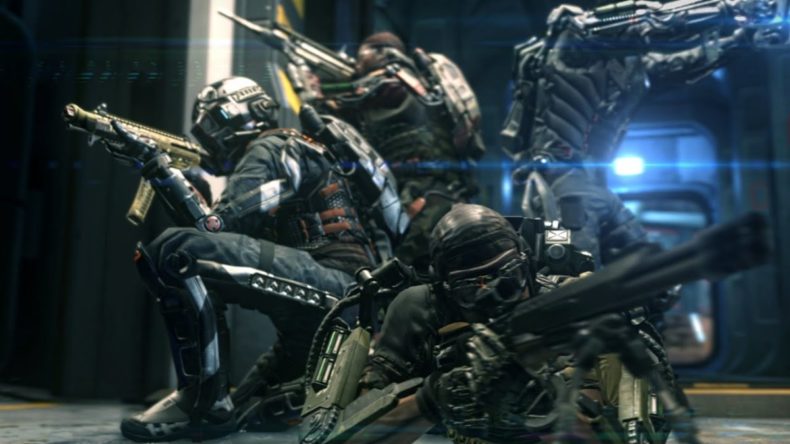 Lots of brutal action in this new trailer for Call of Duty: Advanced Warfare, but the new Exo Survival mode is the biggest attraction.
Exo Survival is a four-player co-op mode involving friends trying to hold out against infinite waves of enemies for as long as they can, it looks like a nice bonding session with the buddies in the making. And since you’ll die eventually, a way to come to grips with the inevitability of failure and death, though that’s probably not what Sledgehammer Games was shooting for.
The trailer also prominently features a “Goliath” mech that looks like, well it looks like a low-tech Titan from Titanfall. That’s not going to help with the Titanfall “rip off” complaints that have been thrown about, but Sledgehammer has already said it isn’t concerned about those and is confident it has created a distinct experience.