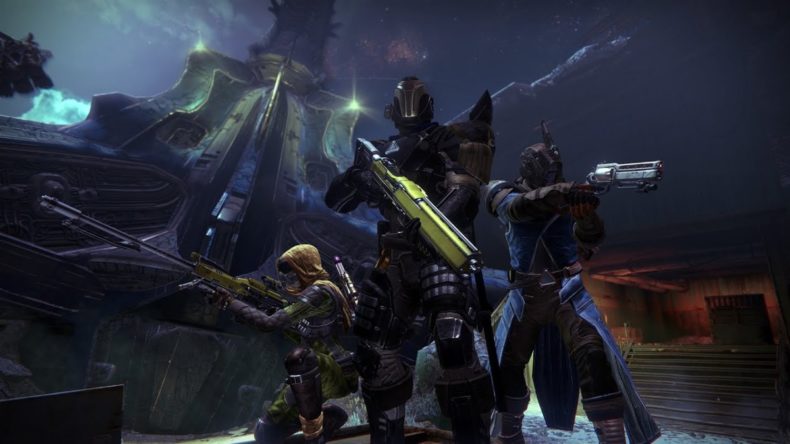 Also announced was one of the game’s pre-order incentives, a GameStop Exclusive Upgraded Sparrow. According to a press release it is an:
“Customized, red-colored personal-transport features an upgraded boost, faster speed, and higher durability than the standard Sparrow. The Exclusive Upgraded Sparrow will put GameStop’s Power Up Rewards members ahead of the game when Destiny launches on September 9.”