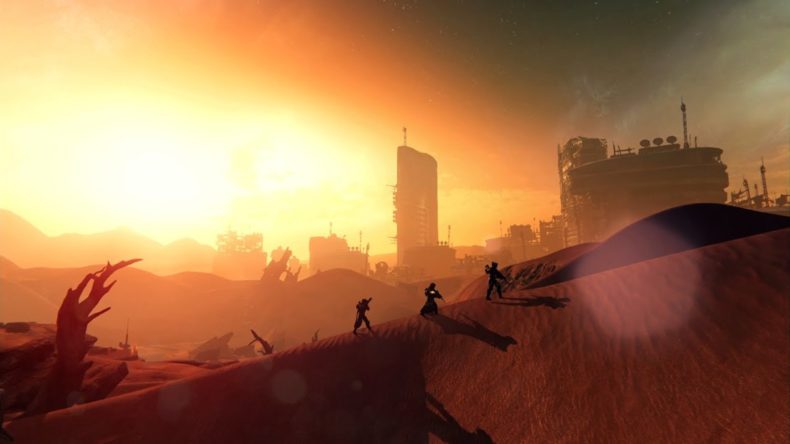 Destiny players have seen fighting on Earth and, if they were there at the right time during the beta, on the moon. This latest video from Bungie gives a hint of what we can expect on Mars.
The red planet appears to have once been inhabited, but it is not in good shape. Structures are run-down and sand-covered, but the bigger problem are the brutish enemies that seem to pop up everywhere.
Destiny will be out Sept. 9 for PS3, PS4, Xbox 360 and Xbox One.